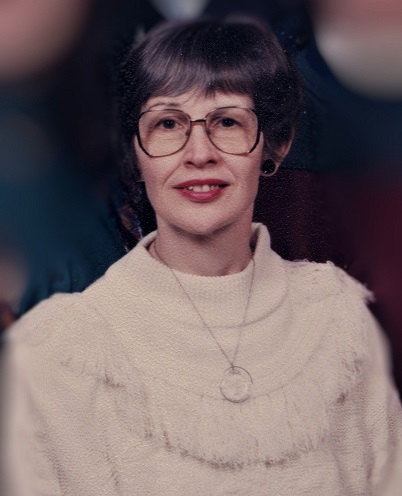 Phyllis' family is requesting those in attendance to wear a mask.

Phyllis Adeline Armstrong, 79, of Hampton, passed away August 13, 2020, at the MercyOne North Iowa Medical Center in Mason City. She was born May 14, 1941, in Mason City, Iowa, to Harold and Adeline (Sutcliffe) Payne.

Phyllis graduated from Mason City High School in Mason City, Iowa as part of the class of 1959. She was united in marriage to Kenneth Armstrong on February 9, 1964, in Mason City, Iowa. Phyllis worked in the courthouse in Mason City prior to her marriage and in the Franklin County Courthouse from 1964-1968, with the social services department. When they started a family in 1968, she became a full-time farm wife and homemaker for several years. As her kids grew older, she also worked as a custodian at the Hansell United Methodist Church and Hampton Police Department, and for a few years sold Tupperware.

Phyllis was an active member of the Hansell United Methodist Church and Hansell UMW, then transferred her membership to the West Fork United Methodist Church. She bowled in leagues for many years, starting as a teenager. She enjoyed keeping busy with creative projects in her free time, including sketching friends and family members, creating covers for programs and cookbooks related to Hansell events, writing poems, making silk flowers, painting ceramics, and making a variety of needlework projects for gifts. In the last few years, she indulged her creativity through coloring books. She also greatly enjoyed day trips with her family around the state, especially along the Mississippi River in the fall.

"We lived just across the road from Ken and Phyllis for years. Couldn't ask for better neighbors. Ken farmed our little farm for a number of years. Getting together was a common occurrence. We often celebrated the 4th of July with a cookout, some firecrackers, and to see the fireworks at Beeds' Lake when it got dark. One year we hit a deer and it was so battered up we got very little meat from it. But the 4th went on. We often did New's Years together too. I've known Ken since the 1950's and Phyllis after they were married. Seems like those years were just recent, yet so far away. Our condolences to Ken, Sue, and Mark. Wish we could be there for "such a time as this." Let it be known, we love all of you. Love, Dave and Judy Hanawalt."

"So sorry for your loss. Sending gentle hugs and prayers for all three of you. Phyllis will be missed. She was a wonderful wife and mother."