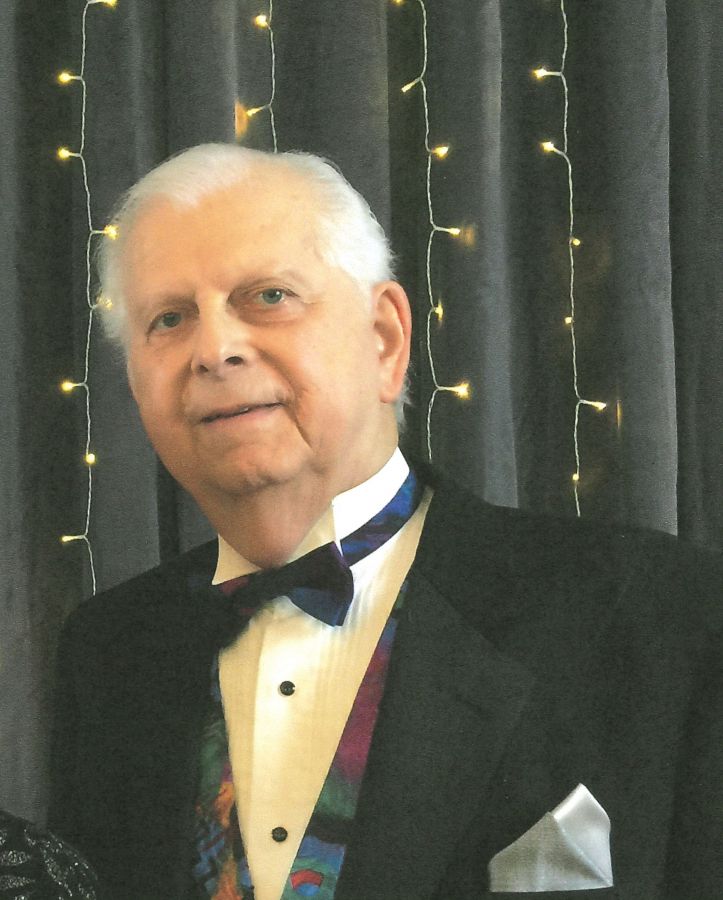 In typical Dennis style, Dennis took "control" and began writing his own obituary and parting thoughts this past June/July during his declining health. The summary below comes from "The Desk of Dennis" and transitions to the first person in his final days...

Dennis Kistner lost his five year battle with stage IV metastatic Prostate Cancer on August 14, 2020. Dennis was born September 24, 1939 in Sheboygan, WI. He joined the US Army in March of 1959 and was discharged April 1962. He enrolled at the University of Wisconsin January 1963 and graduated from the Business School with a degree in Finance and a minor in Real Estate. After graduation he worked as a Property Manager for several years with various realty firms in Madison.

In 1975, he joined the Wisconsin Department of Veterans Affairs (DVA) as a Property Manager for the new Veterans First Mortgage Home Loan Program. The Program worked with lending institutions throughout the state initiating and granting low interest first mortgages to Wisconsin Veterans. The Program was extremely successful for many years, granting thousands of mortgages to our Veterans. Dennis was a problem solver for the many challenges that occurred in a huge program such as this. He always considered it a privilege to be able to help Veterans.

Dennis retired in 2002 from the DVA to spend more time with Jean at their cottage on Kelly Lake in Oconto County. They had many friends nearby. Between friends and cottage projects, Dennis made sure the pontoon boat got out for some fishing especially in the evening to watch the sunset. At home in Madison, there was always something to do.
Every Wednesday included an hour drive to Watertown to roller skate with a group of oldies like us. After skating, lunch at a local restaurant was necessary to discuss events of the day.

Jean and Dennis met while dancing in 1956, where they both graduated from Central High School in Sheboygan, WI and never stopped dancing. Regular group lessons expanded their abilities and led to meeting many others with the same interest. Ballroom dancing became a large part of their lives and they participated in competitions and showcases. Their social life was part of the ballroom dancing community.

Faith was also important to Dennis. Queen of Peace Community was their choice of faith, holding services in the Our Lady Queen of Peace church hall and later at various locations. Families chose a liturgy topic to discuss instead of a sermon. Sometimes very lengthy discussions followed. We had our own guitar and choir group. After Mass we gathered for refreshments and fellowship. It was like a family, involved in many social activities together. Like most church groups, we became a very close knit group. After 40 years, unfortunately our Community has dissolved due to old age and our priest of 25+ years has recently passed. I really wanted him to perform my funeral service.

I am a lucky man. I married the love of my life and we have been married 55 years this past June 12th. Only now am I truly realizing how great it has been. I could say I LOVE YOU over and over and it would't be enough. We have been real partners in life and have accomplished so much together. We have raised two wonderful boys. It has not been easy at times but we got through it. We can now be proud of seeing their success. More importantly, they have become fine members of our community. As my cancer advances, they have become such a huge help physically and emotionally to me and Jean.

Beside the boys, Jean has made me more than I was. She brought me into her life and made me a more social person. As a result, I tried harder to be her partner. Her social friends are now mine as well, and as a social couple and I would't have wanted it any other way. (This was the end of Dennis' writing).

Dennis didn't have the opportunity to complete all his thoughts before his passing. The family would like to personally thank Dr. Kyriakopoulos ("Dr. K") and the staff at UW Cancer Carbone Center, Dr. Bellissimo at Wisconsin Heart, Dr. Ernest Lee at UW Health and Agrace Hospice Care, especially Meagan and staff for the care they gave Dennis while at home the last 10 weeks. A special thank you to Kirsten and the staff at Gilda's Club for their programs and support over the last 5 years. Memorials of your choice may be made to any of these wonderful organizations. Thank you.

Once travel (and dancing) becomes a little safer, a celebration of his life with family and friends will be held in Madison.

"See you on the other side" - Dennis

"I first got to know Dennis in about 1972 or 1973 while working at East Bluff. My most vivid memories of Dennis are when he was at the East Bluff annual meetings as a property manager and property owner. When Dennis spoke he always came across as being very knowledgeable and informed. I think East Bluff homeowners respected his input on many matters I know I did. At one annual meeting an East Bluff resident was making a fool of herself as she did at every annual meeting. Dennis stood up and told her to sit down and shut up the residents applauded and that's the last we heard out of her during the meeting. I always knew Dennis would support me. Rest in peace Dennis. Rick Blanchard "

"Our deepest sympathy to you Jean in the loss of Dennis. Oh he will be missed on the dance floor and running into him at Hilldale! Oh the great dancing fun we've had. I messed up a bit using this software but the picture here we posted is from 2015 dancing on 4th of July weekend to the Mr. Lucky Orchestra. Looking forward to his celebration event in the future! Diane & Roger"