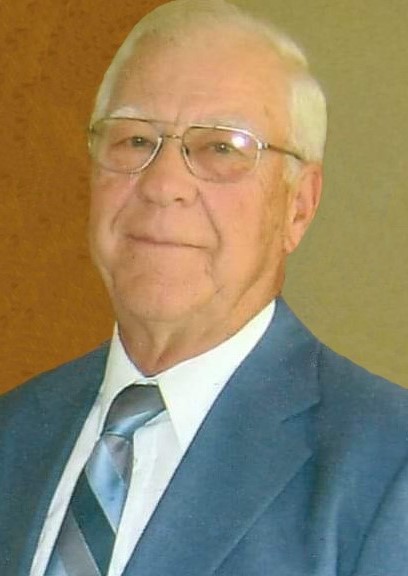 Visitation will be Monday, August 24th from 5:00 pm to 7:00 pm at Sietsema Vogel Funeral Home in Hampton. We hope to practice social distancing during visitation. Masks are optional.

The Immanuel United Church of Christ in Latimer will be open for viewing at 8:00 am on Tuesday, August 25th. The Funeral Service will be held at 9:00 am, outside on the lawn east of the church. Guests will be able to remain in their cars and listen to the service on 89.3 FM. Additionally, guests may bring their own seating for the service to practice social distancing.

A private burial at St. Peter's Cemetery south of Coulter will immediately follow the service.


Larry Keith Johnson, 81, of Latimer, Iowa, passed away Saturday, August 22, 2020, at MercyOne Des Moines Medical Center. He was born on July 7, 1939, in Hampton, Iowa, to Lawrence and Arloine (Hansen) Johnson.

Larry graduated from Franklin Consolidated, class of 1957. He was united in marriage to Evelyn Meyer on September 11, 1960, in Dows. From this union three sons were born: Curtis, Craig, and Tim. In their younger days, Larry and Evelyn enjoyed card clubs, snowmobiling, and couple's club at church.

Larry was a livestock and row crop farmer in Franklin County. He enjoyed his mornings at the local elevators catching up with fellow farmers over a cup of coffee. He was a current member of Immanuel United Church of Christ in Latimer where he enjoyed activities with the Philathea group. He served in many roles at the churches where he was a member and also served as a school board member at CAL Community School.

Larry enjoyed his time with children, grandchildren and great grandchildren. Larry was an avid farmer which he did for almost his entire life. He enjoyed golfing with friends including Men's Night at the Latimer Golf Club and several golf trips to Kansas City. He and Evelyn spent many winters in south Texas where they enjoyed the warm weather, golfing, and time with many friends.

He was preceded in death by his parents Lawrence and Arloine.

"I will miss my dear cousin. He was always there for the Johnson family. He did so much for Mom and Dad. He was such a fine gentleman. "