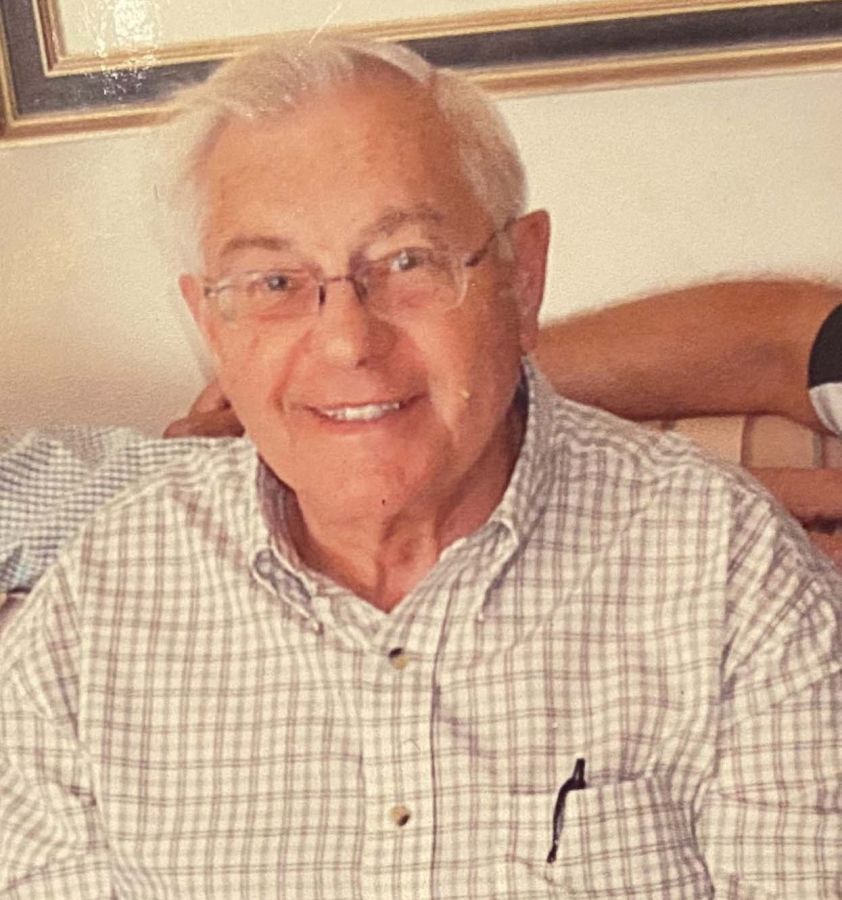 William Earl "Bill' Dyke Sr. Passed on to eternal life Saturday August 29, 2020 at the age of 86.
Bill was born on March 22, 1934 in Knoxville and grew up in Lonsdale on Minnesota Avenue then moved to Fairmont Boulevard. Graduated Class of 1952 from Knox Central High School where he was a multi sport star athlete for the Bobcats. Dyke was a left handed wingback on the football team and sprinter on the track and field team. He also played baseball and basketball.
Of note was an infamous Thanksgiving weekend footbrawl rivalry game his senior year versus Young at Duff Field in South Knoxville. The Bobcats were running out the clock on a big win deep inside Yellow Jacket territory when an enterprising Young player grabbed the football and headed for the locker room. A Central player caught and tackled the ball carrier touching off a fracas in which Mr. Dyke was a willing participant. He loved telling this story!
Mr. Dyke attended Fork Union Military Academy then Chattanooga where he played football his freshman year for legendary head coach Scrappy Moore.
He then served two years in the US Army stationed in Okinawa, Japan in an anti aircraft unit. Happily, he spent much of his time as the base chaplain's driver and traveling Japan playing football for the Army All Stars.
Dad could recall some Japanese language learned while stationed there and till his final days could beautifully sing "Jesus Loves" me in Japanese.
Mr. Dyke returned home to attend the University of Tennessee where he graduated in Business Transportation. He also met his wife Carol Ann Hatfield-Webster and they had three children Billy, Patti and Elmer.
He spent the bulk of his career working at ET&WNC Trucking Company, Maremont Corporation in Loudon but perhaps most enjoyed working for one of his old Central teammates Bud Helton at Helton & Associates Environmental.
Perhaps his most enjoyable days were spent coaching various youth sports teams in West Hills, especially the powerful West Knoxville Hijackers football team.
Mr. Dyke in his later years remained active and was a multiple time, age group gold medalist and state champion swimmer in the senior Olympic Games.
He enjoyed so much his Sunday School Class at Fountain City United Methodist Church. A group known as the "Christian Homebuilders" and many lunches with his friends in the ROMEO group.
Dad loved family above all else! Large family gatherings anytime but especially the Holidays were special. He prized time with the Kecks, Roses, McKissick's and the Black's. As his nephew Bill McKissick said, "Your Dad loved family and to share a laugh and smile always with a twinkle in his eye."
Special gratitude to his wife Betty for her care and sacrifice providing comfort allowing Dad to enjoy years at home. Thankfully, they spent many happy years together.
Thanks to Deane Hill Memory Care and Beverly Park Place.
Mr. Dyke leaves his wife Betty, son Billy (Lisa), daughter Patti Feimster (Byron) and son Elmer (Sherry). Grandchildren Will (Kala) and Jessica Dyke, Justin (Megan), Chandler and Nathan Feimster, and Jacob (Jenna) and Stephen Dyke. There are six great grandchildren who always made Dad smile.
His was a life well lived. He was a great Dad and Poppaw.
Gentry Griffey Funeral Chapel is honored to serve the Dyke family and invites you to view and sign the online registry.

"Loved to hear his stories, and sitting with him at the Old Timers Breakfast Club. Our church family will miss him too."

"I enjoyed sharing (bragging rights) with Bill over the last 60 years. He was a wonderful friend and a formidable foe. May he Rest In Peace!! Bill Rose, football and track. "

"So sorry to hear of Mr. Dykes passing. He was always a gentleman and so kind. I worked with him at ET&WNC years ago when he was the terminal manager. Praying for each of you in coming days. Carolyn Pinkston Heiskell"

"SO sorry to learn of the passing of Bill. My Brother, Don Severance , Jr. was a member of his class and spoke fondly about Bill. Bill set the standard high for all that knew him. Charlie Severance"

"Bill won the hearts of many. Anyone who knew him appreciated his quick wit, sense of humor and charming personality. He was modest regarding his outstanding Athletic performances...just team work. He deserved the happiness of the busy and full life he lived. My heartfelt condolences to Betty and his beautiful family of three children, grandchildren and great grandchildren who gave him so much joy, happiness and love. Sincerely, Elinor La Rue Rowsey CHS Class of 1952, Fountain City, TN Friendswood, TX ."