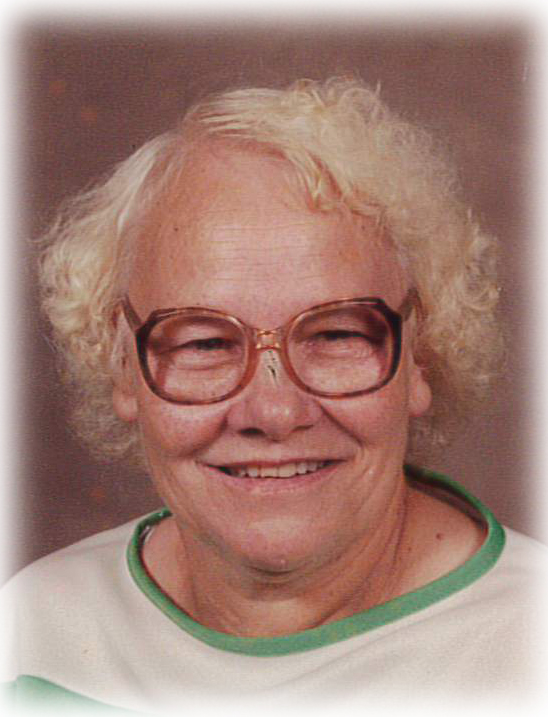 Pearl was employed at Polar Manufacturing for many years retiring in 1986.

She was a member of Four Corners Assembly of God Church in White Lake where she was involved in the Women's Ministry.

She enjoyed gardening and quilting.

A funeral service will be held on Tuesday, September 8, 2020, at 11 a.m. at Four Corners Assembly of God, White Lake with Rev. Marvin Kindle officiating. Burial will take place in Langlade Cemetery. Visitation will be Tuesday from 10 a.m. until the time of service.

In lieu of flowers, memorials may be directed to The Bay at Eastview Medical and Rehabilitation Center, 729 Park Street, Antigo, WI 54409.

A special thank you to the staff of the nursing home for the wonderful care they gave Pearl for so many years.

"My condolences to the Holbrook family."

"Richard and Sandy, Please accept our condolences with the loss of your mother Pearl. Dick and Penny Hurlbert "

"She was the sweetest lady and always the smile and laugh. RIP. "

"I loved this woman like a second mother have so many wonderful memories of her and Cecil and Harold and Arthur growing up. We were like one big happy family.. I knew my dad wouldn?t last long after Cecil passed away, they were more like brothers, then uncle and nephew. Dad passed 8 months after Cecil..I am so blessed to have loved her and she me... I will never forget that laugh.. She had lots of loved ones waiting to welcome her home when she got there.. RIP, you will never be forgotten ??????"