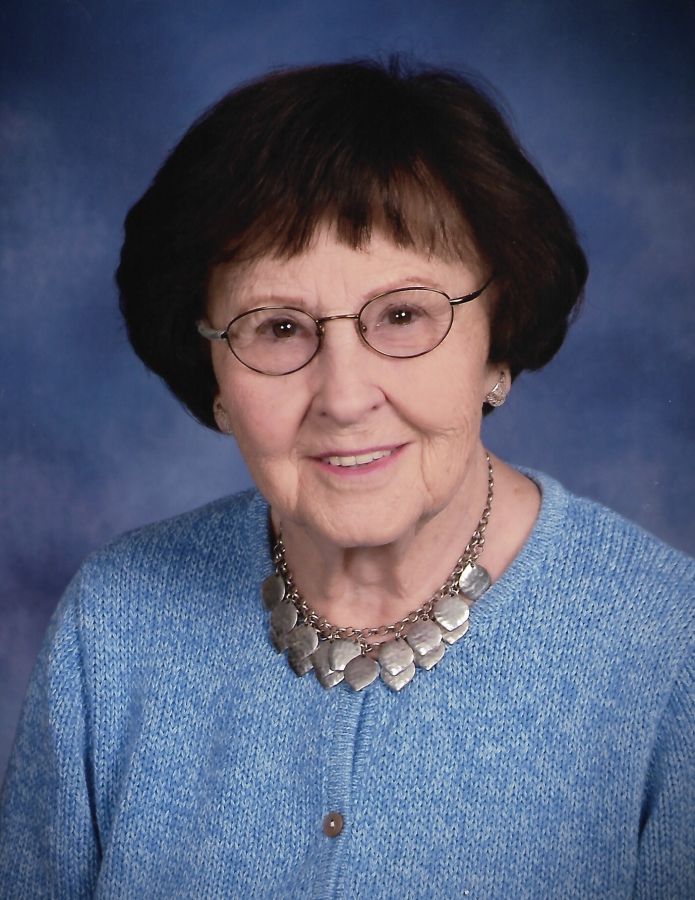 DUNCAN, Phyllis A., age 92, of Omaha, passed away September 7, 2020. Phyllis was born in Rapid City, South Dakota, to Arthur W. and Letha M. Birkholtz. The family then moved to Omaha, where Phyllis's parents (and later her brother) owned and managed Birkholtz's Shoe Store downtown. She graduated from North High in 1946 and went on to earn a BA in English from Doane College. She met Harry Duncan there on the first day of class; they married in 1949 and remained sweethearts for the rest of their lives. Phyllis held a Nebraska teaching certificate and certification as an educational media specialist. She worked for the Omaha Public Schools at Pershing and Sherman Elementary Schools and was long the beloved children's librarian at Adams and Western Hills Elementary Schools, retiring in 1987. Phyllis's adventurous spirit and willingness to embrace new experiences inspired memorable and fun family vacations and worldwide travel with Harry. Her natural curiosity and open-mindedness led to hobbies, activities, interests, and, most importantly, friendships, that are too numerous to list. Her tidy home and warm and generous heart were open to all. To her daughters, Phyllis was a role model of grace, independence, resourcefulness, intelligence, and playfulness. Phyllis was preceded in death by her husband of 61 years, Harry, and her brother, Wayne. She is survived by daughters Kathryn (Richard) Rogo, Sue (David) Dodson, Sandra (Kevin) Hopkins, and Caryl (Chad) Boyer; grandchildren Danielle Rogo, Will and Tess Hopkins, and Kelsey and Laura Knutsen; and her best friend, Pat Adams. A memorial service will be held at a later date. Memorials may be directed to the National Park Foundation (nationalparks.org), the American Library Association (https://ec.ala.org/donate/projects), and the Omaha Playhouse (https://www.omahaplayhouse.com/support/view/donatenow/).
"This our life, exempt from public haunt, finds tongues in trees, books in the running brooks, sermons in stones, and good in everything." --William Shakespeare

"My heartfelt sympathy and prayers to the family, May Jehovah sustain you through such great loss. "