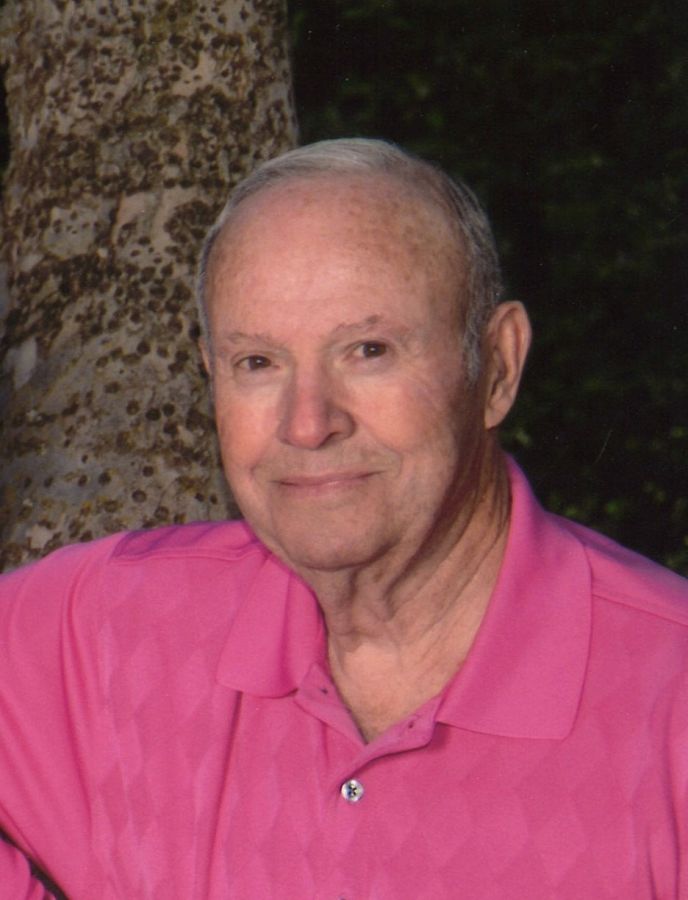 Rex D. Adams was born on May 18, 1936, in Provo, UT to John Evans Adams and Harriet Young Adams and was raised in Orem, UT. He passed away peacefully on September 14, 2020, from natural causes.

In his growing up years, his grandpa lived next door and had an old barn. One of the neighbors built a basketball hoop on the barn for Rex to shoot baskets. That was his all-time favorite sport and it served him well. He was named the MVP in his senior year by all his teammates. After high school, he went to serve in the army during the Korean war with his cousin Melvin and a good friend Lewis. Because he could type and because he could play good basketball, he got the office assignment in the Sargent Supply School at Fort Ord for 8 weeks after basic training so he could be part of the basketball team.

After being honorably discharged in June of 1956, he returned home to drive a dump truck in Castle Gate, UT, where he found a team to play with in Helper, UT. After winning the league, they played in a tournament at Carbon Junior College where the college coach saw him and offered him a scholarship. Dad didn't love the school part of things, but he LOVED the basketball!

One of his teammates lined him up on a blind date with June Humphrey. He was smitten and they were soon engaged to be married on March 29, 1958 and later sealed in the Manti Temple. Rex finished the school year and played basketball and was selected to the First Team All-Conference. But with a new wife and a child on the way and a manager at Safeway who loved basketball, he quit school and went to work in the produce department of Safeway. He worked for Safeway for several years and that job took him to Brigham City.

As his family grew, he wanted to spend more time with them so he changed jobs and started work at Thiokol in 1966 and decided that he needed to finish school. After 7 years at Weber State, he completed his degree in Business Administration with the demands of a wife, 4 children and a full-time job. (That was the hard way!) Health conditions dictated a change in his activity to golf. He retired in September, 1992. Mom retired from the bank in 1994 and the two of them started to golf together and travel with friends. They enjoyed many fun and memorable trips with the Fullmers and with the Searles.

Together they served a mission for the Church of Jesus Christ of Latter-day Saints to Tampa, FL, worked at the Joseph Smith Memorial Building for 7 years and served in the Ogden and Brigham City temples for several years. Many lasting friendships were made along the way.

We want to thank our family members, many friends and neighbors throughout the years and the caregivers at Barton Creek for the past 4 years for the caring and compassionate service that was rendered to us.

Rex is survived by the love of his life June, Becky (Ken Murri), Kline (Candace), Kyle (Miyuki) and Brett (Brenda), 12 grandchildren and 15 great grandchildren, his sister JoAnn and his brother Ladd (Carol). We love you Dad and thank you for being who you are and the example you have been to us throughout your life well lived! Love you forever!

There will be a viewing from 1:00-1:45 at the Gillies Funeral Chapel in Brigham City located at 634 East 200 South on Saturday, September 19, 2020. A celebration of life will follow at 2:00. Interment will be at the Brigham City Cemetery.

Thank you for wearing a mask.

"I had the privilege of serving with Rex and June in the Florida Tampa Mission. Troy Leavitt and I helped them moved in to their apartment when they arrived and we quickly became friends. They would invite us over for ice cream and cookies almost every night. I was happy to have a chance to visit with them in their home for an afternoon after I returned home from Tampa. They were the same old friendly, funny, caring people I met and loved in Florida. I?ve often thought of them both over the years and was saddened to hear from other past missionaries that Rex had passed. I?m also happy to know that I will get to see him again and look forward to the ice cream and cookies he?ll have waiting. - Micah Kim "

"June and family, I was so saddened to learn today that Rex had passed away. Had I know I could have attended the funeral. I know this is a big loss to you. I know the feeling. June, I think of the many years that we worked together often. I hope all is well with you otherwise. Love, Bruce R. Christensen"

"We loved Rex's smile and friendly greeting. He always cheered us up. Dave served him in the Bishopric and in the High Priest group. He taught us how to treat the weeds in the lawn when even just one appeared after we asked him why his yard was weed free and beautiful. Much love to June, David and Coleen Bay"