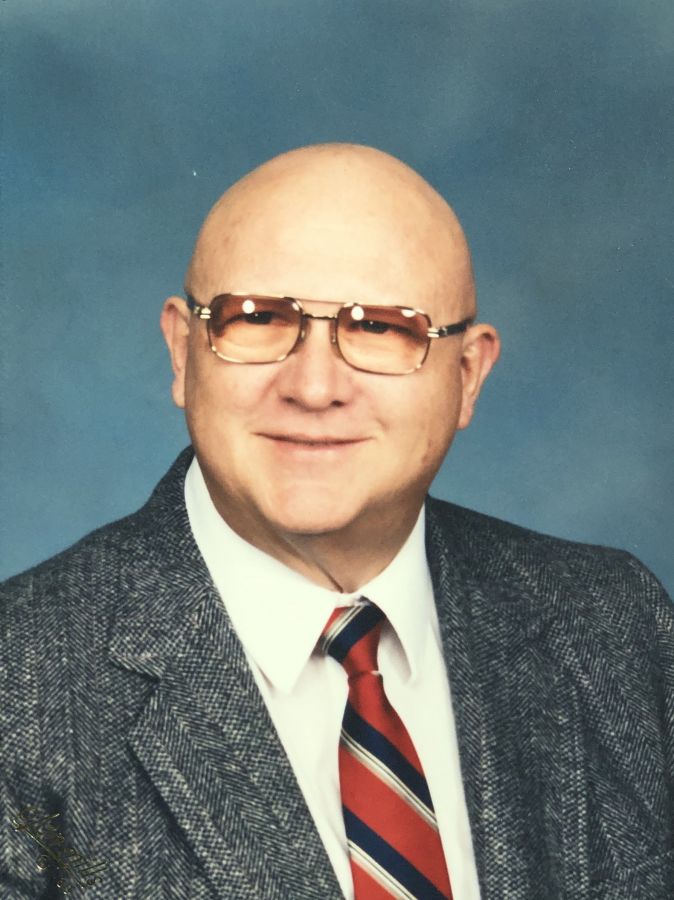 John "Mark" Landrey 83, of New Castle, Pa passed away peacefully Sunday October 4th at Lomond Peak Nursing Home in Ogden, Ut. Resident of Brigham City, UT for only the last 5 months of his life to be with his family.
Mark grew up in India as his parents, John and Beulah Landrey were missionaries for Westleyan Methodist Church. When Mark returned at 18, he went to college and became a professor of history and theology at Azusa Pacific University in Ca.
Mark became legally blind in his mid 40's that forced him to retire, however he continued in teaching ministry for the rest of his life.
He was preceded in death by his mother, Beulah (92), father, John L. (85) and oldest brother Richard Landrey (3).
He leaves behind his wife of nearly 61 years, Dorothy Elaine Landrey. Three beloved children Brian (Lynn), Barbara (John), and Brad (Dorian). Brothers Paul (Carolyn) Landrey, and Jerry (Carol) Landrey. Ten grandchildren, Andrew, Josh, Chris, Felicia, Alex (Rebekah), Carly, Jeff, Katerina (Levi), Johnathen and Kristina.
As well as 8 great grandchildren, Matthew (16), Noah (13), Elijah (9), Jonah (5), Ryder (4), Lilly (3), Everly (2), and Knox (due Jan 2021). As well as many, many other loving family members.
There will be no memorial at this time due to the pandemic but are hoping to have one in their hometown church, Sierra Vista Presbyterian Church, Oakhurst, Ca in spring of 2021.