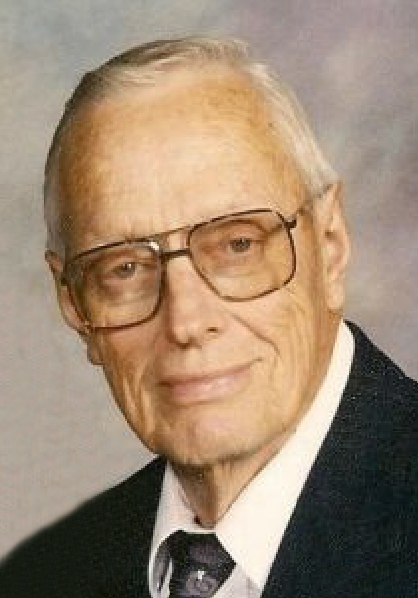 Those in attendance will be required to wear a mask.

Memorial contributions may be given to Darold's family in his memory and mailed to Sietsema Vogel Funeral Home, PO Box 403, Hampton, IA 50441

A visitation will be held from 4:00 p.m. to 7:00 p.m., Friday, November 13, 2020, at the Sietsema Vogel Funeral Home in Allison. A private family service and burial will take place in the Allison Cemetery.


Darold Dean (Doug) Sidmore passed away on November 3, 2020 due to Covid-19. He was born on February 26, 1925 to William Sherman and Thelma Earlene (Hershey) Sidmore at Rolfe, Iowa. Darold was the 2nd born of six children. The family moved around the state before moving to Bristow, Iowa.

While attending the Bristow School, Darold was given the nickname "Doug", which he went by all of his life. When Darold was a young lad he worked for a farmer near Greene, Iowa. He only could come home once a month since it was so far away. When Darold was 17 and enrolled in the Bristow High School he decided to join the Army like his father did in World War I. So, in 1942 he went to the Ankeny Depot and lied about his age. From there he went to Camp Dodge in Des Moines for 3 days and then on to Camp Roberts in California for 6 weeks. Because the new recruits were so badly needed, he was pushed through in 4 weeks instead of 8. At San Francisco he boarded a ship at midnight in case of espionage and was sent to Australia. There he was part of the Army Americal Division, Company D, 182 Infantry. This Division specialized in beach heads or going ashore in landing craft into enemy fire. Darold was part of 7 beach heads. He traveled all over the South Pacific from New Caledonia, Bougainville, New Guinea, the North Solomon Islands, Philippines, Samar, and Cebu Island. He was among the first troops to enter Japan after the surrender and guarded an ammunitions plant.

Darold went through two typhoons; never got a weekend pass or a furlough in his more than 3 years of service. He received the Purple Heart for being shot in the left arm; the "Army Good Conduct Medal", "Bronze Arrowhead", the "Philippine Liberation Medal", the "Asiatic-Pacifica Campaign Medal" and "the Marksman Ship Medal". He was honorably discharged at 11:00 am on the morning of December 11, 1945 at Fort Leavenworth, Kansas. Darold took a taxi to Kansas City and then took a train to Des Moines and arrived home on the 14th of December 1945.

Darold was among many who were able to go on the Honor Flight on September 7, 2010 to see the World War II Memorial in Washington DC. He said he never met so many nice people. They would just come up and hug you and shake your hand and thank you for your service. What got him the most is when he returned that night at 11:00 pm and all the people were standing out on the airport runway in the dark to greeting him home. His family was among those people and were honored to be there.

After the war, Darold worked in construction and helped build bridges and other municipal facilities. He met Marlene Brocka and they were united in marriage on November 28, 1954 at the United Methodist Church in Bristow. Shortly after they moved to Fort Worth, Texas where Darold worked construction. Upon returning they settled into their home in Bristow. There they raised three daughters, Mardell, Marcee and Marcia. Darold joined his brother-in-law in building and renovating houses in the Butler County area. After his brother-in-law passed away, Darold continued to build homes, hiring over the years one other worker to help. Darold never used an air hammer to build a house or premade rafters. It was all muscle. Darold has built over 100 homes. He remodeled their home in Bristow and purchased the house next door for his workshop. After he retired, Darold would love to find old antique furniture that was in disrepair. He would then repair and refinish it. His family and friends benefited greatly from this! He made Grandfather and Grandmother Clocks for his daughters, family and friends. He also made wooden items for Marlene and the girls to sell at craft shows.

Darold took the family on many trips around the Midwest and the Rocky Mountains. Darold and Marlene learned to square dance and enjoyed it for many years. There they made lifelong friends. Darold loved to read westerns books and the family would always supply him with them as gifts. His books would be stacked up next to his chair so he could reread them again. Darold loved to watch football and his family surprised him one birthday with tickets to see the Minnesota Vikings play. He and Marlene also enjoyed spending time with their grandchildren and made many trips to Minnesota to see them.

He was preceded in death by his parents, wife Marlene, brothers, Erwin and Edwin, sisters Margaret, Beverly and Wilma.

"You have my deepest sympathy at your loss. I held Doug in high regard. I met him in 1978 while I was employed at Clarksville Lumber. I learned many construction techniques when I would deliver materials to the worksite. He built the best made homes ever built! May God grant you comfort during this difficult time."

"Mardell, Marcee and family, Our deepest sympathies to your family on the loss of your dad. Tim and Deb Roberts "

"We always enjoyed seeing him with his daughters at Seven Stars on Sunday Mornings. He always had a smile and some smart remark! You are all in our thoughts and prayers. "

"It was such a joy to visit with Doug. He was very proud of being part of the book 'Orchids in the Mud'. I still haven't been able to find it to read, but when I do I will certainly be thinking of him. He always, without fail, thanked us for his meals. He was a very kind man and will be missed."

"I wished I had known your dad, Marcee. I think we could've talked a lot about the war, construction and living in Butler County. My dad died two years ago and he was a veteran too. Thinking of you and praying for comfort for you & Mike and your family during this difficult time. - Dave & Robyn Gonnerman"

"So sorry for your loss. He will be missed.! Thoughts and prayers to the family"

"So sorry for your loss. I?m certain he will be missed by the whole family. My thoughts and prayers are with you all. Connie Meinders "

"So sorry for your loss. I?m certain he will be missed by the whole family. My thoughts and prayers are with you all. Connie Meinders "

"My heart breaks at the loss of your precious dad to this horrible disease . He was such a wonderful man and it was a great honor to take care of both of your parents. He shared with me his memories of life and in the service of our country and the sacrifices his generation made for us all. Thankyou for sharing him with me. With love. Elaine Crabtree(retired FCV nurse)"

"A great American hero . So sorry for your loss. May God be with you all."