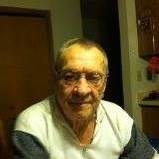 Richard Joseph Holan, age 78, of Onalaska, Wisconsin passed away at his home on November 18, 2020.

On April 6, 1988, Richard married Leona Batterson in Springfield, TN. He worked as an over the road truck driver for many years and later transitioned to carpentry.

A special thank you to Harold and DelRose Jones, neighbor of Richard, for the many hours they spent helping Richard do things he couldn't do for himself.

Also, a big thank you to Deb Fauber, his caregiver, for the many years she spent with Richard, even to the last day. The family would also like to thank the doctors and nurses at Mayo Clinic, Mayo Clinic Hospice, and Bright Star for the care they provided.

A private graveside service was held on Friday November 20, 2020 at Oakwood Cemetery in Rochester, Minnesota. Ranfranz and Vine Funeral Home is honored to be serving the Holan family; to share a special memory or condolence please visit www.ranfranzandvinefh.com