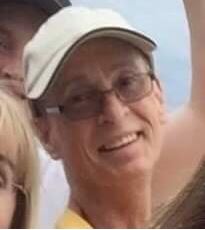 Brian was born September 16, 1958 in Rochester to Kenneth and Florence Quinn. He was a graduate of John Marshall High School and attended RCTC. Brian married Carla Phillips in 1985 and they later divorced. Brian was employed at Mayo Clinic and retired after 30 years of service. While at Mayo, he was known as the "candy man", as he always had candy available for others. He enjoyed the outdoors and cheering on the Twins and Vikings. In his younger years, Brian enjoyed shooting pool and going fishing. He was very quiet, friendly and had a gentle personality. He will be missed.

Ranfranz and Vine Funeral Home is honored to be serving the Quinn family. To share a special memory or condolence, please visit www.ranfranzandvinefh.com

"I worked with Brian in Central Service at St. Marys Hospital. He was a fun loving guy to work with and loved his son so much. He was such a good dad.I also knew his brother Larry too. My thoughts and prayers are with you Larry and your whole family. May Brian RIP"

"There is one person who I meant to mention in my tribute and neglected to do so and he is Brian's son, Michael. Brian loved being a father and I know how much he enjoyed having Mike as a son. I lost my Dad when I was in my early twenties and I understand how hard this must be for you. You were much adored and loved and I know you will always remember the good times you had with your Dad. My sincere thoughts and prayers go out to you in this difficult time."

"Brian was a great friend he was fun to work with he will be missed deeply may he Rest In Peace ????????"

" It is with a heavy heart that I say goodbye to my cousin Brian. We can take solace in that his suffering is over and that he is now in a better place. I have many fond memories of Brian. Our fathers were custodians at St. Francis school where we were students and sometimes during the summer months we would go along with our Dads when they went to work to help out. I recall several occasions where we'd sneak out and go to the local convenience store to get candy. I don't think they ever knew but I felt that my Dad wondered why I was eating candy on the way home. Sometimes we'd get our Dad's keys and go down to the cafeteria and get into the pop room to sit and have a soda. I'm sure Larry remembers this. Our families were quite close and we would visit them when they lived out in the country. We'd play games and play ball in the backyard. I remember one time on a visit they had mini-bikes and would ride them on the trails behind their house. It was quite hilly in spots and I recall Brian going up a hill that was 50ft. high and almost vertical. I don't know how he did it but after a few tries he got that Yamaha 90 all the way to the top. He tried teach me how to ride it but it didn't turn out too well. Sometimes we would go over to the Quinn's on holidays and I recall one Thanksgiving we where there when they had just gotten a pool table. Brian invited me down to the basement to play pool. He had just gotten a new 45 and put it on the phonograph which was on replay. For those of you too young to know what a 45 or a phonograph is, it was how us old folks used to enjoy music. Well, I had to listen to Albert Hammond's "It Never Rains in California" 57 times. I said "C'mon Brian, give me a break!" He replied "WHAT?? It's a GOOD SONG!" I said something like "well, it USED to be!" We both chuckled. My most vivid memory was when we were up at my brother Garry's cabin in northern Minnesota one summer. It was on a lake where we could indulge in our favorite pastime called fishing. We use to go out early in the morning when the waters were calm and fish one of the bays of Pine Mountain Lake. One day the fish weren't biting that well so after a few hours we decided to go in. Unbeknownst to us the wind had come up and the lake was full of white caps. We thought that hugging the shoreline back home would be the safest bet. However I guess our youthful exhuberance kicked in. Realizing that the shortest distance between two points is a straight line, we decided "damn the waves, full speed ahead!" We ventured across the lake with waves over 3 feet high, water splashing all over us. Our bait pail had tipped over and the minnows were swimming in the bottom of the boat. Well, we made it to the dock much to the dismay of my brother Garry who was waiting on shore. To say that he was not pleased is an understatement. When we got off the boat we were wetter than the fish we caught and all we had to show for our journey was a dead perch! Now those days seem like a hundred years ago but those memories stay in my mind as if it was yesterday for I will never forget all the good times I had with my cousin and good friend, Brian. I'll miss his dry sense of humor, his silly laugh, and his wry smile. My thoughts and prayers go out to his family and friends, especially to Larry, Marlene, Mary, and my dear Aunt Florence who knew him best. Rest in peace, Cousin. We mill miss you...."

"I worked with Brian In Central and Cardiac at SMH, He was a great friend. We shared our Cancer stories. I was working with Brian the day he complained of Chest Pains.. and he was blaming the Pain on His MOUNTAIN DEW ANS DORITOS". I suggested he go to the ER and he said no!!! so I went to a Supervisor and told him Brian's story , and the supervisor convinced he go to the ER. Brian had a procedure and some stents put in, I went to see him the next day and asked if he was mad at me, and he said "NO I GUESS NOT" . Brian was always sharing Chocolates. Brian was a very hard worker and I was lucky when he and I were assigned to work together. It was always a Better day with Brian.. I send my Prayer and thoughts to you . Remember Brian Touched alot of Lives... A co- Worker Cindy Dohrmann now retired..."

"Love, hugs and Prayers to the family. This is a tremendous loss. Brian was a gentle, kind, fun man to know and work with. His smile will live on with many. Rest in Peace Brian."