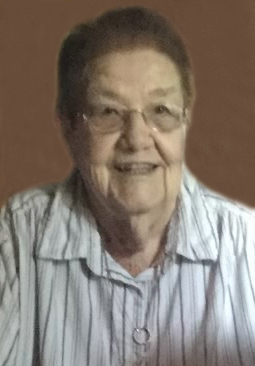 Barbara Mae Sidmore, 91, of Dumont, Iowa, passed away Thursday, December 3, 2020, at Franklin General Hospital in Hampton. She was born November 12, 1929, in Aredale, to Bill and Bernice (Richards) Stirm.

Barbara graduated from Dumont High School. She was united in marriage to Harold Sidmore on July 18, 1947, in Butler County, Iowa. Barbara was the bookkeeper for Harold's business, Sidmore Tiling and Crane Service. She helped farm and also cooked in her mother's restaurant in Dumont. Barbara was a member of the Ladies Auxiliary in Dumont and was affiliated with the United Methodist Church. She enjoyed cooking, baking, reading and playing the organ.

She was preceded in death by her parents, brother Edwin Stirm and sister Rhoda Kitner.

Private family services will be held. Burial will take place in the Dumont Cemetery.