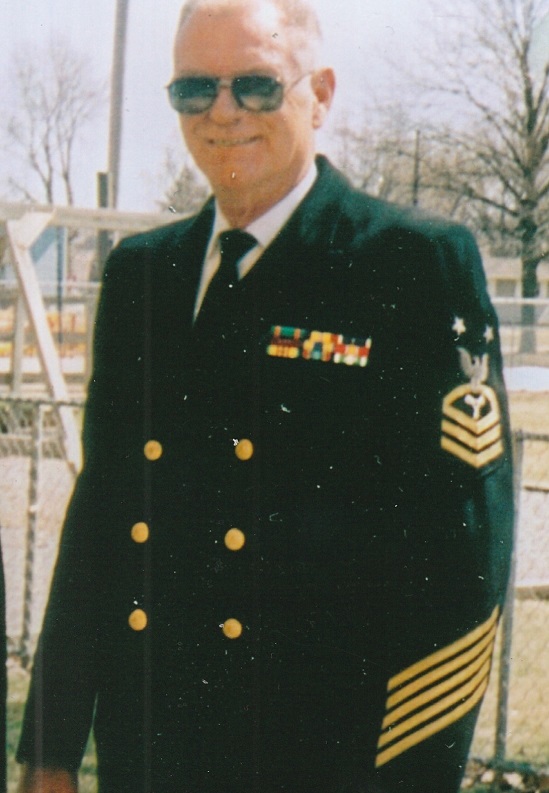 Donald Eugene Lindly, age 76 of Monroe, passed peacefully in his sleep on Saturday, December 26, 2020. Memorial services will be held at a later date. Memorials may be directed to the family and condolences may be left for the family at www.coburnfuneralhomes.com
The son of Charles and Gerta Irene (Dixon) Lindly, Don was born on June 30, 1944 in Knoxville. He proudly served in the United States Navy from 1961 to 1989, retiring at the top of enlisted pay as a Master Chief Petty Officer (E-9), then worked as a ground's keeper for the V.A. Hospital in Knoxville Iowa. He married Patricia Cart in February of 1966, and to this union three children were born. Don and Pat divorced in 2002. Over his life Don enjoyed his family when he could, working on cars, bowling, shooting pool, playing cribbage pinochle and solitaire, watching NASCAR races, walking around Monroe, and spending time with friends in the local taverns.
Those left to honor his memory include, his sister Bonnetta Constant, Son Donald E. Lindly II (Tammy) Daughter Diana E. Hughes, Daughter Doris E. Sloan. Grandchildren: LaTashia (Georgie Girl) Aboud, Ashley Moser, Beth (Aaron) Andrew, Tiffany Lindly, Leslie (Billy) Cox, Evan (Summer) Carter, Danielle Lindly, Donald W. Lindly, and Jennette Resch along with Eleven great grandchildren and a full lifetime of friends and extended family. Preceding Don in death were: Gerta Lindly, Charles Lindly, Sister Karen Throckmorton, and Sister Doris Crook

"Don always called me ?crashy? because I accidentally backed into a dumpster in his truck ,he never got mad at me ,he made sure I was alright.I have lots more memories with Don due to the fact that three of his grandchildren are my kids : Ashley,Tiffany and Danielle..R.I.P Don ,you?ll be missed"

"The old salty crust sailor was my uncle. He always had a yarn to spin. Between Uncle Don and my dad (John or JJ to the locals) kept us entertained with their stories and sea shanties. When Donny and hung out, he would treated me like his second son. Which could a good thing or a bad thing, depending if Donny and I were doing something stupid. Looking back, we probably deserved it. Uncle Don always treated me good. He will be missed. Every time I smell the salt air, I am reminded of the sailors that came before me. Fair winds and following seas, Uncle Don...Master Chief."

"So sorry for your loss. Don will be missed. He was a great neighbor. JoAnn Hasselman"