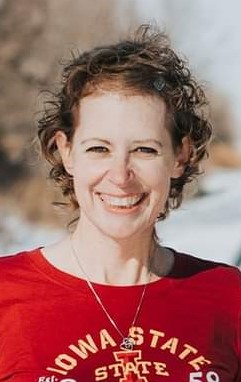 Due to COVID-19, a Celebration of Julie's Life will be held at a later date. Condolences may be expressed online at www.amesmonument.com.


Born February 6, 1973, in La Porte, Indiana, Julie Anne Peters was the daughter of Jack and Dawn (Mecklenburg) Herman. She moved as an infant with her family to Pocahontas, Iowa, where she grew up and attended school. After her graduation from Pocahontas High School in 1991, Julie moved to Florida and made her home in the Tampa area for many years. She earned her associate's degree and worked as a phlebotomist while studying for her nursing license.

Julie will be remembered for her sunny disposition, even through seven years of fighting stage-four cancer. She always had a smile on her face and enjoyed working out when she could. She loved her children, as well as her favorite television shows, including murder mysteries, Wheel of Fortune and 48 Hours.

Ames Monument & Cremation Center has been entrusted with the care of Julie and her family.