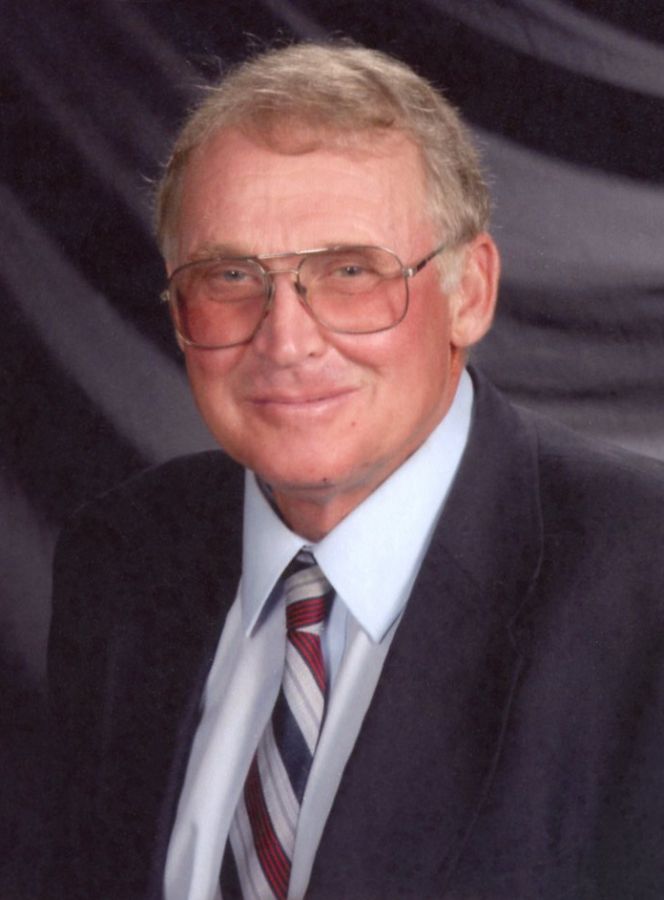 LaVerne Dean Hadley, 76, of Hampton, passed away Monday, December 28, 2020, of cancer at the Hospice Unit at Franklin General Hospital in Hampton. He was born May 24, 1944, at the Belmond Hospital to Loran and Esther (Betz) Hadley.

LaVerne attended school at Rowan Consolidated School where he played sports until his senior year. He graduated from Belmond Community School in 1962. LaVerne was very active in local and county 4-H groups and his church youth group. He attended Iowa State University winter farm classes.

LaVerne was united in marriage to Mary Kapka on June 4, 1965, at the Lutheran Church in Latimer and they lived on an acreage near Rowan. He farmed with his father. LaVerne was drafted in 1966 and went to Vietnam in February of 1968.

He was stationed with the Alpha Battery 1st Battalion 7th Artillery 105 Hawser Division. LaVerne returned home in November of 1968. He then farmed and milked Guernsey cows near Rowan, Sheffield, and Hampton. LaVerne was active in the Guernsey Association where he showed his cows and won milk production awards. He farmed until 1979. Then he worked in town and in the early 80's, started working for the Berghoefer Brothers. LaVerne worked there until his retirement. He enjoyed watching his children as they participated in sports, 4-H, FFA and concerts.

He was preceded in death by his mother Esther, father Loran, step-mother Marladean and daughter-in-law Sara Hadley.

" LaVerne and I grew up together in rural Rowan when our fathers shared farm work. We spend many hours climbing the windmill, walking beans, and helping put up hay. In later years I would often see LaVerne and Mary when I came to Hampton to referee basketball. A kind, loving person who never seemed to get ruffled. Rest in peace, my friend -- Roger Bohning, Springfield, MO"

"LaVerne was almost a big caring brother to me. My best childhood memories are of getting to sleep over, him letting us "help do chores, milking his prized gurnsey cows", helping to wrangle the shetland ponies to ride in the sulky. One Sunday LaVerne had lassoed a colt with the trip rope then handed the end of the rope to me with his signature sparkle in his eyes and smirky smile on the corner of his mouth as the colt took off into the orchard. Fortunatly the colt went around the apple tree in the corner one way and I went the other way so the tree gave me the leverage to stop the colt. LaVerne following patted me on the shoulder congratulating me on "hanging on" and we both had a big laugh at the fun. He put a brand new halter on the colt and tied it to the house yard fence and we proceeded to try to catch some yearlings. One ran between the haltered colt and the fence, breaking the new halter. We also managed the knock down the fence into the barnyard trying to use the corner and hayracks as a corral. Needless to say Loran was not happy with his sons and there activities entertaining the cousins. We always knew when LaVerne was going to be especially witty or funny when teasing one of us in the family in his kind and gentle way because of the sparkle in his eyes and the smirky grin on his mouth. Many fond memories. Kent"

"Our condolences to this beautiful family....Craig and Mary Lou Semler"

"Our thoughts and prayers are with Laverne's family."

"Mary and family so sorry of LaVerne's passing. Always had fun visiting with him at the pharmacy. He will be missed "

"Many nice memories of LaVerne as known him since I was a young girl and he and Mary lived a couple miles away on one of the Freie farms. Always teasing and joking and would greet me at every event if church or school related. Now one of Gods chosen and achieved what we all desire. My sympathy to Mary and all the kids. As Carol always said may God grant peace and understanding. "

"My sympathies to the Hadley family. He was a one of a kind. I have missed meeting him on my walks and sharing the laughs that were always a part of it. It?s great to have that memory of him when. I?m out on the trail. "

"So sorry to hear of Verns passing, what a super nice guy! He was always so upbeat and happy! My prayers go out to his family."