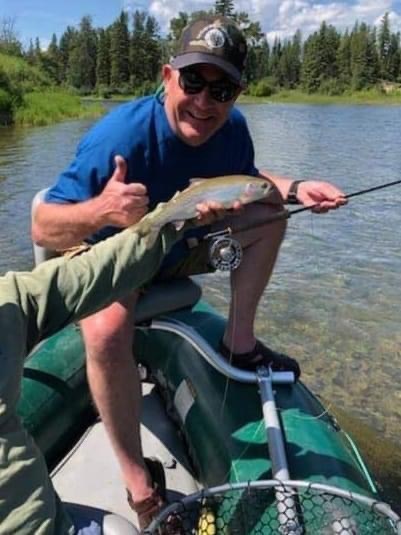 Jeffrey Alan Sordahl, 58, passed away far too soon on December 22, 2020, surrounded by his loving family in Federal Way, WA.

Jeff was born on May 3, 1962 in Seattle, Washington to Donald and Carolyn Sordahl, the second of four siblings. Jeff's father worked for the Boeing Minute Man Missile System, so he grew up a "Boeing Brat", moving 18 times by the time he was a sophomore in high school when he moved to Kennewick, Washington. He played flute in the marching band while at Kamiakin High School, but could not perform at half time because he was also on the varsity football team.

Jeff "bled crimson and grey". He earned 3 BS degrees from Washington State University. His first Bachelor's Degree was in Physical Sciences. He later went back to school to earn one for Manufacturing Engineering, and one for Mechanical Engineering. The latter two degrees were earned while working full time at Boeing, having a teenager involved in sports, and two young children at home.

He always said he won the lotto when he married Jacqueline Smith on May 15, 1993 and then had two children Juila and Jacob, in addition to his older son Jeffrey. His family meant everything to him.

Jeff followed in his father's footsteps in 1987 and went to work for Boeing. He spent his entire career (33 years) with the Boeing Company culminating as Senior Manager for the Mission computing on the P-8 Poseidon program. He was given numerous challenging assignments taking him overseas to Korea and Australia. On his flight to Australia he unknowingly sat next to famous writer/director James Cameron. After some conversation Cameron said "you don't know me?" Jeff answered, "Well, do you know me?". And when Cameron mentioned one of his movies was Avatar he had to expand on that to let him know it was the one "with the blue people" because Jeff had asked if it was an animated movie.

Jeff loved hunting and fishing with his dad, brothers and friends. He especially loved to go to Elk Camp every year with his brothers and he loved to fly fish and even made his own flies.

He was preceded in death by his father, Donald Sordahl.

Jeff was a faithful blood donor, recently earning his 11- gallon pin and nearly reaching his 100th donation milestone. Please consider honoring him by donating blood and take him over the top.