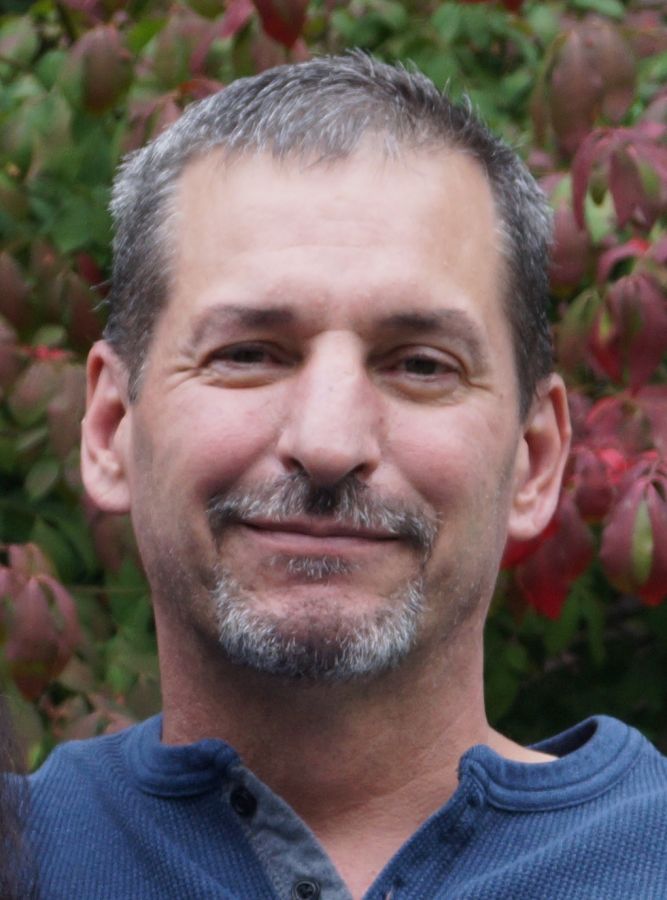 Darren Daniel Spicer, 52, died of cancer on December 25, 2020 at his home in Whitehall, MI. He was born on January 26, 1968 in Bay City, MI to Robert and Joann (Rotarius) Spicer. He was in the golf course grounds management field for many years and was last employed by the Whitehall Walmart. Among those who will miss him include his parents, Robert and Joann Spicer of Bad Axe, MI; his wife Lorrie Griffin Spicer and their cat, Tillie, of Whitehall, MI; brother Jeff Spicer of Manton, MI; sister Beth Smith of Bad Axe, MI; Lorrie's son Justin Griffin and his family, wife Melissa and daughters, Korynn and Annalise Griffin, of Twin Lake, MI; sisters-in-law and brothers-in-law, Marianne and Tom Wason of Raleigh, NC; Philip Darrah and Mary Hudson of San Antonio, TX; Beth Sanders of Montague, MI, Wendy Sanders of Whitehall, MI and Curt Sanders and Linda Foley of Montague, MI; 5 nieces, 3 nephews. 2 great-nieces and 5 great-nephews. Darren was predeceased by brother-in-law Randy Darrah, sisters-in-law Kate and Vicki Sanders and nephew Bryan Smith. The family wishes to thank the North Ottawa Palliative Care/Hospice team for their compassionate care. Memorial donations in honor of "Big Daddy" Darren may be made to an animal rescue of your choice. A potluck gathering will be held at a later date. The family was served by Phoenix Crematory of Muskegon.