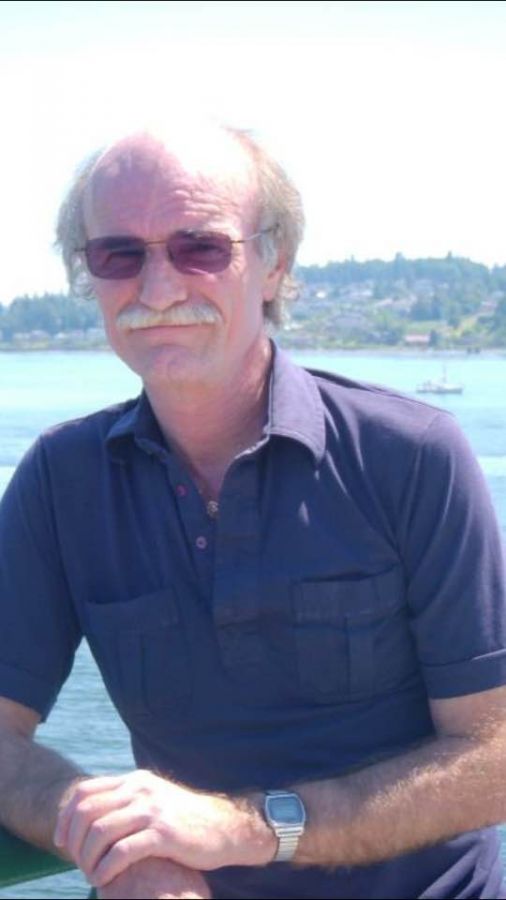 Gary Delano Kerns - July 7, 1953 - Dec 3, 2020
On the evening of Dec 3, 2020 Gary Delano Kerns of Burien, WA passed away at the age of 67, after a courageous battle with cancer. Gary was the 3rd born of Leo and Rita Kerns. After attending Catholic School for all 12 years, he served in the US Army and then graduated from Ron Bailey School of Broadcasting. Gary was a DJ for three years in Idaho and Mt. Vernon, WA. He then went in to the Printing business for Olympic Blueprint and Digital Reprographics from 1980-2018. Although his favorite baseball team was the Yankees, from a very young age when his Grandma first introduced him to her team, Gary was an avid Sonics, Seahawk & Mariners fan. He loved his siblings, adored his nieces and nephews and was an amazing Uncle. He had a special knack for nurturing feral cats and one by one, they would become part of his everyday life. He had a special place in his heart for his Catholic Faith, became a Lectern and significantly participated in his Church which was St Francis in Burien WA. He was most proud of getting sober through the grace of Alcoholics Anonymous. He made many life time friends and was an active member for 39 years until the day he died. A special thanks to his very good friends Jan, Joyce and Karen and his many Program friends, that were there for him every day.

Gary was preceded in death by his Father Leo, his Mother Rita, his oldest brother Michael and former Wife and friend Janis Kerns. He is survived by his siblings Steve, Greg, Peggy & Maureen and his many nieces and nephews and in-laws (or out-laws depending on who you ask). His sense of humor, wit and kind heart will be enormously missed by many. Celebration of Life will take place once gatherings are permitted, at St Francis Parish in the Spring of 2021. Further details will be provided at that time. If you like, please give to your favorite Charity in Gary's honor.

"I'm so glad that I had the chance to spend time with you while in Seattle the summer of 2018. We had only met once before but never really got to know one another. You reminded me so much of my brother, Terry. Well there you go, the twin thing. Rest in peace."

"A good man with a kind heart that never failed to make people smile or laugh. Rest in peace Gary. I will always remember you. "

"What I loved about Gary was his ability to see the best in people. He had an uncanny way of picking up on your emotions and draw it out of you. Nothing was more important than being a good friend and doing the right thing. If you needed him, he was there. He was real. He was honest. He was funny and kind. I am so thankful to have known him. I will always love you Gary. "