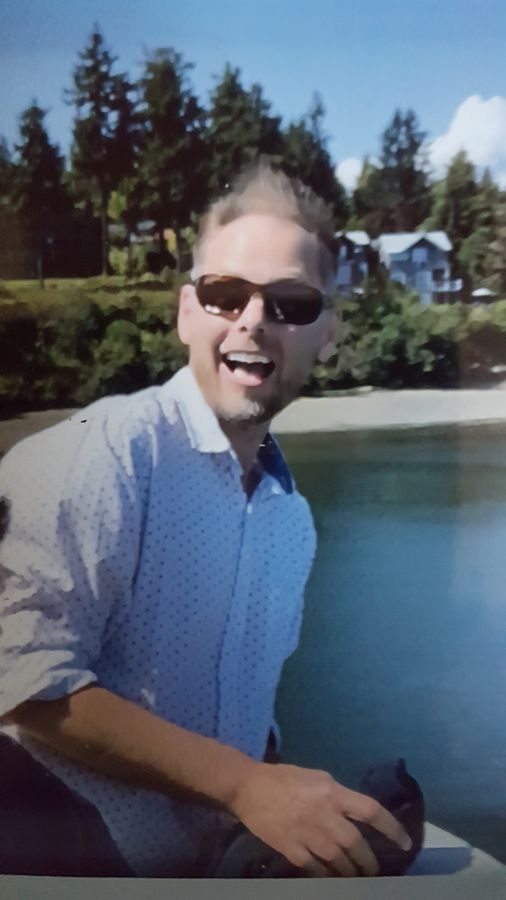 Born in Anaheim, California, Brent Todd was full of life and went too soon. He spent his working years providing IT support in Arkansas and Washington. A career that reflected his desire to help teach others.
When he wasn't at work, Brent was passionate about travel, music, photography and motocross racing.
Brent was spontaneous and adventurous - Motocross was a shared passion with his father Mike. If asked, Brent would tell you the best day of his life was the day his father surprised him with a yellow bike right in the middle of the desert in Arizona almost four decades ago.
Throughout high school he was a skater. His uncle Buck (RIP) built a skate ramp for him when he moved to Oklahoma as a child and it is a fond memory for many kids who grew up with him in Grove, OK.
Brent was a musician. He played his acoustic guitar almost every evening; he could play back sounds without any notes, it came natural to him. A few years ago, Brent was a drummer for several local bands in North Carolina and was actively involved in the music scene in Greensboro. He picked up a passion for photography while traveling with the bands to Georgia for many gigs.
Over time, his photography passion grew and led to him spending a lot of time outdoors to practice his newly found skills and he was really good at capturing architecture and lakes.
Brent was a foodie, he liked to cook (tacos) and bake. He was known for making huge batches of cookies to give away. He got to taste food from many placed including abroad when he did international travel to visit Canada, France and the Democratic Republic of Congo. Brent spoke French.
Brent was member of the Eastern Shawnee tribe of Oklahoma, he was in the process of learning how to speak Shawnee (the greetings especially) and faithfully read all mail he received from the tribal members.
Brent passed away during the holiday season, which happened to be his favorite time of the year. He absolutely enjoyed Christmas, a joy that could be easily captured when he attended the yearly Christmas parade at Silver Dollar City.
He was preceded by his mother Rhonda Renee Dushane of Wyandotte, OK. He is survived by his father Mike F. Todd in Chelsea, OK and a large family. He was loved by many people everywhere he went. He will be missed dearly.
Brent liked history. He was able to see over couple of dozen museums in the United States of America. In lieu of flowers, please make a donation to the National WWI Museum and Memorial in Kansas City https://www.theworldwar.org/give

"Brent has a brother Jonathon and a sister Azalee who loved and miss him dearly. "

"Gone but not forgotten Brent did alot for me and my family. he believed in me when I started my rap group in 2007 he was there with lots of support and love not to mention when I needed a job he help me get one always on point he will be missed "