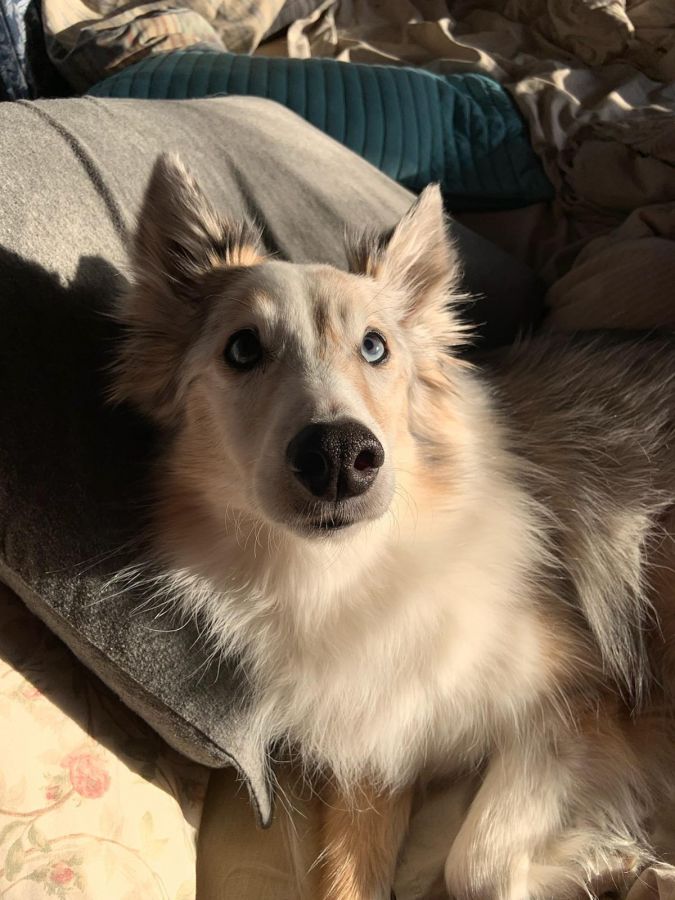 Lola was the best dog. She was silly and serious and loved us to the end of the earth. We had 13 years together. When our 8 year old daughter had been diagnosed with Type 1 diabetes, she would cry every day. She had a hard time coming to terms with her chronic illness. The day we brought Lola and her brother Charlie into our lives, her tears dried and joy was restored to our home. They were two of the cutest puppies we had ever seen! We have twins, too, so we were adding another set of twins! Charlie & Lola was a sweet British cartoon and book series about Charlie and his little sister, Lola. We chose these names for our duo since she was hilariously twice his size. Charlie is missing his sister Lola. Thankfully animals deal a bit better with their grief than humans. We are spoiling him extra hard.
Lola was a loyal dog. We were her people and few others garnered her affection. She had a favorite sleeping spot on the turn of the stairs. It wasn't until after she died that I fully appreciated the position. From that spot she could easily spy the passersby and also have quick access to us, just up the stairs. She devoted her life to protecting her family. Some of Lola's favorite past times included playing in the snow, rolling in stinky things, going for walks, eating cat poop, and getting treats. She also had an impressive habit of stealing food and eating it on our bed, including whole sticks of butter or loaves of bread. She was the sneakiest and most clever dog we've had. We all miss her terribly.