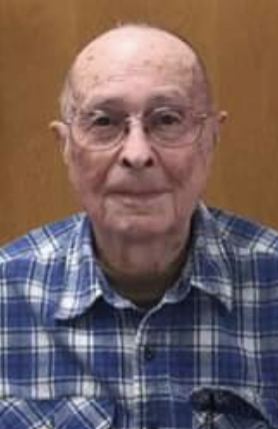 Keith Craighton, 98, of Hampton, Iowa, passed away Wednesday, January 6, 2021, at Franklin General Hospital in Hampton. He was born on February 26, 1922, in Geneva, to Cecil E. and Emma Marie (Wilkinson) Craighton.

Keith married Doris Kothenbeutel of Hampton on November 25, 1945. They lived in Hampton and Keith was a truck driver until 1959. He then lived in Des Moines where he drove a highway post office truck, charter buses and later school buses for the Des Moines School Department. In 1976, he and his wife moved to Prescott, Arkansas, where he worked as a security watchman for Potlatch Lumber.

Keith returned to Iowa in 2000 for retirement. He was happy to help several local farmers with field work. Keith was a regular at the Hampton Senior Center and loved to play cards.

In lieu of flowers, memorials or cards of condolences may be sent to Keith's family and mailed to Sietsema Vogel Funeral Home, PO Box 403, Hampton, Iowa 50441.

Private family services will be held at the Hampton Cemetery.