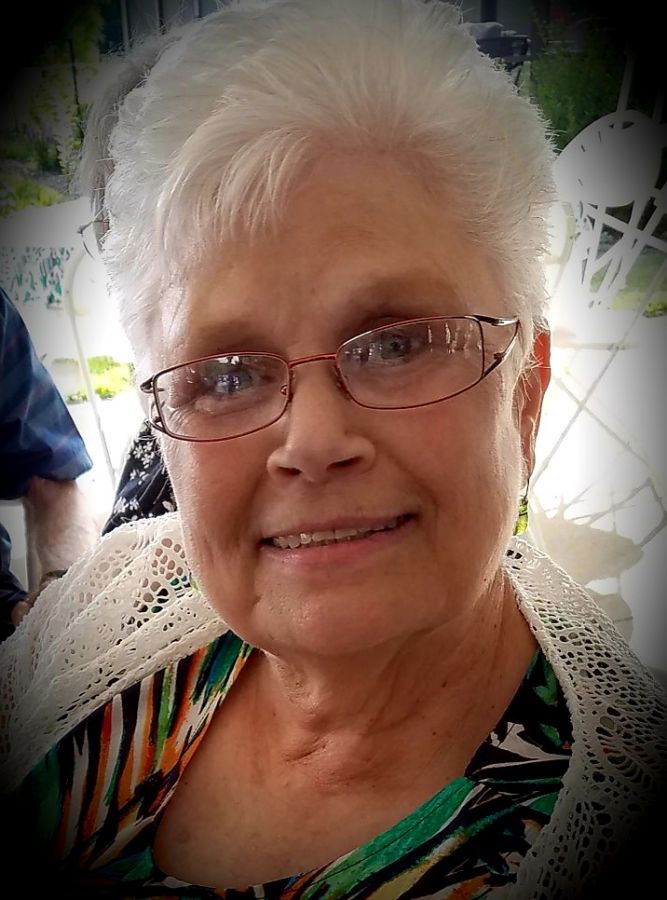 Doreen Julie Nervig (June 18, 1946-January 6, 2021) passed away after a long struggle with Interstitial Lung Disease. She had just been moved to the Israel Family Hospice house the day before after receiving in-home hospice care for six months.

Doreen, or "Dode" as she was known to long-time friends and family, was born at Mary Greeley Medical Center in Ames to Herbert and Doris (Heggem) Nervig. She had a loving older brother, John. They were both graduates of Ames High School.

Growing up, Doreen and her family spent many summers at Lake Miltona in Minnesota and had many fond memories of days spent with aunts, uncles and cousins who frequently joined them there. She always referred to Lake Miltona as her "Happy Place" and was elated when she could bring her kids and grandkids there a few years ago.

Doreen married Dugan Ersland at a young age and had two children with him, son Eric and daughter Lisa. That marriage ended in divorce. She later married Pat Klingseis and had a daughter, Nena. Together with Pat, Doreen owned a women's clothing store on Main Street called Figure Plus. That marriage ended in divorce. Doreen graduated from Beauty School at Bernell's Hairstyling College after high school and later worked at Bourns, Donnelley Marketing and 3M. She retired from 3M. She made close friendships along the way that continued throughout her life.

Doreen enjoyed a 50-year-plus close friendship with a group of women her kids affectionately call 'The Ya Ya's': Lyn Foshe, Mary Wheelock and Connie Hardin. They were best friends for life and had many adventures and misadventures that will be treasured by them and all who heard the tales later. Wherever they went, hilarity usually ensued. The collective children were raised to expect shenanigans and sometimes be part of them, knowingly or not and willingly or not. Not one of the grown children would change a thing and all cherish the lifetime of laughter and mischief they grew up with. Lyn's husband Earnie was known as an honorary Ya Ya.

Doreen took an immense amount of joy in her grandchildren and great-grandchildren who will miss her very much.

She was preceded in death by her parents and her son Eric.

Left to cherish Doreen's memory are her brother, John (Patti) Nervig; daughters, Lisa (Jeff) Ersland and Nena Murphy; grandchildren, Sean (Nicole) Sporrer, Aaron (Claire) Sporrer, Erica (Cody) Rogers, Megan (Alfonso) Sanchez, Mollie Murphy, Mallory Murphy and Orson (Nicki) Lyttle; great-grandchildren, Quinn, Dugan, Ruby, Oliver, Violet, Doreen Rosa (who not only shares her name but her birthday too), and a baby boy due in April; as well as many friends and extended family who are too numerous to mention.

As she wished, Doreen was cremated and a private memorial will take place in the early summer. Her ashes will be interred with her parents in the Ames Municipal Cemetery at a later date.

A special and heartfelt thank you to the Homeward Hospice nurses who, despite a pandemic and a derecho, gave Doreen kind and compassionate care that made an enormous difference in her remaining months. They are true heroes who cannot be thanked enough.

Ames Monument & Cremation Center has been entrusted with the care of Doreen and her family. Condolences may be expressed online at www.amesmonument.com.

"John I forgot to mention her lifelong love of dogs! She always had a dog and we were so fortunate that she shared that love with us growing up. Dogs have always been family members to us. She is no doubt enjoying seeing all of her fur babies now, especially her beloved Gidget. "

"I was 11 when Dode was born, so use to baby-sit her in her younger days. At that time we lived on the corner of 5th and Carrol Avenue and had a concrete block wall along much of the 5tt Street sidewalk. When Dode would crawl around the yard , our dog Taffy would pull her back from the wall by the seat of her pants if she got too close to the wall. Her love for dogs lasted her whole life. We both looked forward to the summer vacations at Lake Miltona where we could get together with cousins on the Nervig side of the family. It really was our "happy place" Because of her kindness an fun-loving nature, she had many friends, especially the ya ya group of Connie, Mary, Lyn and honory member Ernie, Lyn's husband. Dode was fortunate to live with Nena and Mallory the last several years as she struggled with her health issues. She will be greatly missed by us, her family and all her friends. We love you. John and Patt"

"My sympathy to the family. Doreen was such a loving and kind person. She will be greatly missed but never forgotten."

"My sympathy to Doreen's family and John and Patty. I always enjoyed Doreen. She was such a kind and pleasant person that I loved seeing her around town - she was always ready to talk. Cathy Burns"