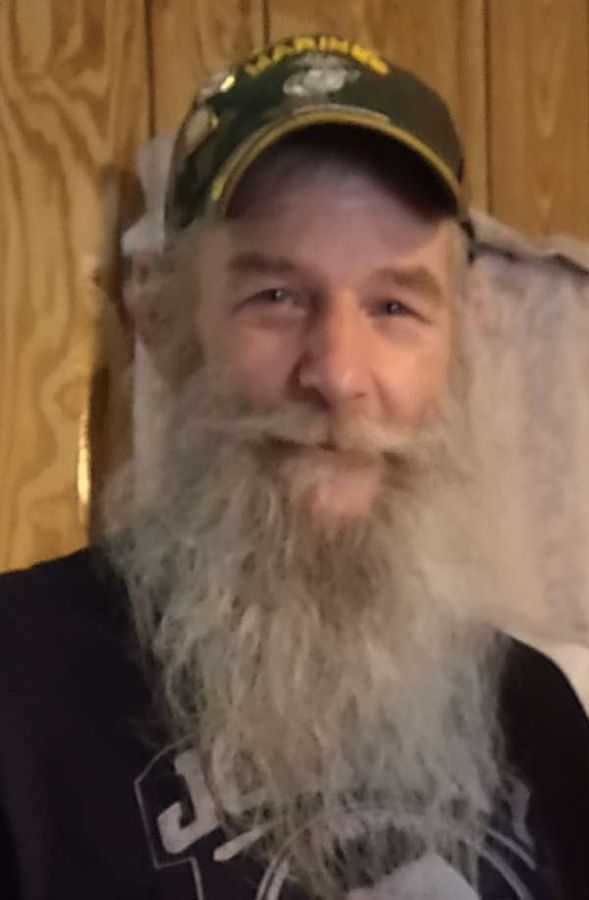 A private service will be held at a later date in the Spring. The Ralph J. Wittich-Riley-Freers Funeral Home is in charge of arrangements. Memorials may be made to Cup of Joe for Joe, his favorite charity, or an animal shelter in your area. Online Condolences: www.wittichfuneralhome.com.

Richard was born on February 25, 1960, in Sioux City, the son of Richard and Shirley Briggs Wilson.

He attended Ft. Madison High School, but left early to join the Marines, although he did get his GED. He served his country proudly as a Marine and felt it was his duty to do so. Richard loved fishing and camping, any John Wayne movie and country music, Johnny Cash being his favorite artist. He enjoyed watching NCIS, and Army Wives (Eileen's fault, she got him hooked), but couldn't help but point out what was true and what wasn't. Richard was very proud of his family and loved dogs.

He was proudest of his time in the Marines and would defend any Veteran and gave to several Veteran charities to help and support his fellows. Richard proudly displayed the Marine flag in his home.

He most recently worked for HNI in Muscatine and enjoyed his job. Richard had done many jobs along the way and felt that each one taught him something.

Richard is survived by his son Jason (Amy) Wilson of Merced California. His grandsons Noah and Nolan Wilson. He loved his mother, Shirley Hamilton of Millen,Georgia and his sisters, Deborah (Randy) McChesney of Midville, Georgia and Becky Tammaro (Sam) of Millen, Georgia. He also loved his partner Eileen Moore of Muscatine, along with many aunts and nieces and nephews.

He is preceded in death by his father.

"I am so sorry for your loss! I worked with Richard, he was a fine man and a true friend. The world is a lesser place because he is no longer with us."