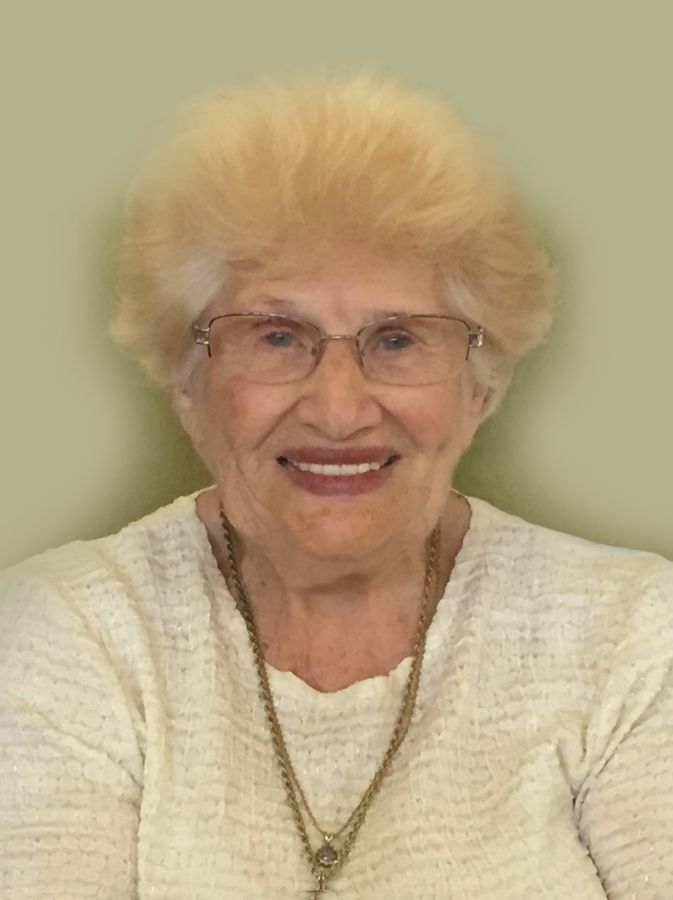 Giovanna (Joan) Calvagna passed away on January 9, 2021. She was born in Brooklyn, New York but spent the majority of her life in the warm sun of Port Richey and then Sarasota, Florida.

Most knew Giovanna as Joan or Jenny. She was a natural artist and loved crafts. During WWII, she worked several factory jobs including mine detectors and a shirt manufacturer that had the name Lido Beach in its label, which proved to be the catalyst for moving to the Sarasota area. Her later years were spent as a gift wrapper for Maas Brothers and family always had the most gorgeous presents under the Christmas tree. Joan could speak fluent Sicilian even though it wasn't her first language. She called herself a chocoholic and a sun worshipper. An avid walker, at 88 she could walk a full mile. Joan had a wonderful sense of humor and dry wit and was beloved by close friends. She will be remembered fondly as a strong woman who gave love freely and could offer the most sound, common sense advice.

Family wishes to extend gratitude to Hawthorne Village and Heron East for the compassionate care.

A celebration of life, open to all who wish to attend, will be planned for this spring at Lido Pavilion.

"Our deepest condolences to the Calvagna family and friends, from Kay Waites and Stephanie Mahoney at Sound Choice Cremation."