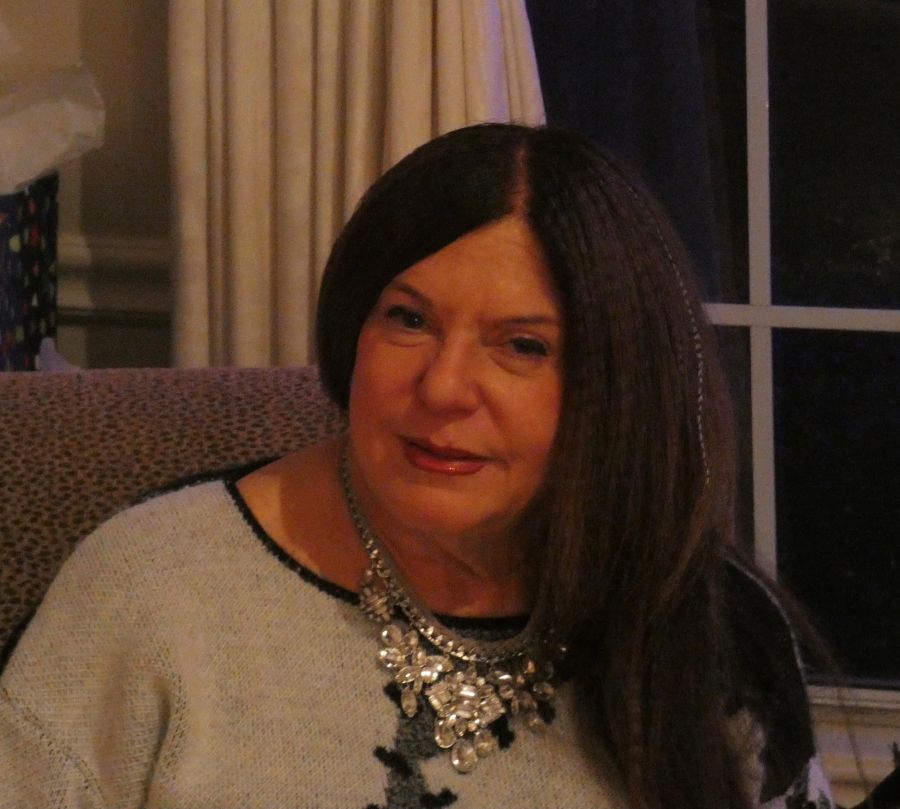 Vicki passed away at the young age of 78 on December 31, 2020, after a sudden and tragic illness.

Vicki was born in Seattle, Washington to loving parents Leo and Selma Bloch on July 14, 1942. She was the middle child of three, born between her brother, Kenneth Bloch, and sister, Nanci Richards. She was raised in Seattle and attended Roosevelt High School, where she met and later married her high school sweetheart, Kenneth Dopps.

During their 58 years of marriage, Vicki and Ken had many adventures together and traveled extensively, covering the entire U.S. and most of Canada in a motorhome. They later visited much of the world, including Tahiti, Dubai, Vietnam, Cambodia, Peru, Costa Rica, China, Australia and much of Europe.

Vicki provided a life of unconditional love, acceptance and support to her only child, Elaina, and later to her only grandson, Ryan, and her son-in-law, Ivor. She helped raise Ryan, taking care of him at her house three days a week from the time he was a baby while his parents worked. Later, when Ryan was old enough to be home on his own, she continued to visit him after school, driving an hour round-trip in traffic to be able to spend 45 minutes with him.

Vicki valued her family, friends, and her pets above all else. She loved them with fierce loyalty and devotion, and was always willing to defend, protect and support those who were important to her. She was also extremely generous towards everyone she cared about, lavishing them with elaborate cards and gifts for every occasion.

She was very intelligent, and was knowledgeable about a variety of topics. She worked as a medical transcriptionist in her younger years, gaining extensive knowledge about medicine. She also liked to watch documentaries and gain new expertise on many subjects.

Vicki took on the role of caregiver for any family member who needed it, and was always willing to drop everything to help anyone in need. She was always at the ready to bring food and medicine to a sick relative, or to sit at a hospital bedside for days and even overnight to make sure the patient was receiving proper care. She helped her parents in their older years, taking them to medical appointments, monitoring their medications, and arranging all care.

Vicki was a lover of all animals, giving generously to many different animal charities, and rescuing countless animals over her lifetime. She ran a cat rescue at one time and collected quite a few cats of her own in the process. She also became quite a collector of cat themed clothing, jewelry and décor.

Social and outgoing, Vicki made new friends everywhere she went. She enjoyed jewelry, clothing, rock music and fast cars, and had a great sense of humor. She was known for her clever, witty banter, recently through emails.
A strong supporter of the Democratic party, Vicki was a fierce believer in equality and justice for all. She joined the ACLU during the summer of 2020 in response to the Black Lives Matter movement.

As a lover of the arts, Vicki had season tickets for many years to the 5th Avenue, Pacific Northwest Ballet, and the Meany Dance Series, among others. She attended many performances with her best friend of 38 years, Mary Saurer, who she called her identical twin sister. They always started their evening with a dinner out.

Meals out with family and friends were a highlight for Vicki. Known for her gourmet cooking in her younger years, her love of delicious, rich foods continued throughout her life. For many years she met her siblings, Nanci & Ken, and Ken's wife Margie, for dinner most Wednesday nights. As Nanci remembers: "We rotated among various downtown Bellevue restaurants. It was quite a drive in traffic for Vicki but she would often arrive early. I would come in to find her dressed to the nines in her animal themed outfits, her hair perfectly coiffed, her nails perfect with little flower and other designs on the polish, and hard at work on her word games." She always ordered something gooey and saucy to eat, normally including an appetizer, main dish and dessert.

In summary, Vicki lived life with great enthusiasm, passion, spirit, and determination. She has been described by family and friends as spunky, strong, brave and independent. She freely spoke her mind and lived life on her terms. She did it her way, right up to the end.

Vicki will be sorely missed by many. A celebration of her life is being planned for this summer. Donations can be made in her memory to any animal charity. Some of her favorites were: Homeward Pet Adoption Center, PAWS, the Humane Society, Purrfect Pals Cat Sanctuary, Pasado's Safe Haven, Old Dog Haven, Best Friends Animal Society, NOAH, Snow Leopard Trust, National Wildlife Federation and World Wildlife Fund.

The following are quotes from family and friends:

Husband, Ken-- Over 60 years ago at Roosevelt high school in Seattle Vicki and I met and began a love that will last forever. So much love, both given and received from all that knew her. Kind, generous, warm and caring. I am blessed to have been loved by her even though it was not long enough. So many wonderful memories of a life well lived. Vicki will be missed by all who knew her.

Daughter, Elaina-- I am the person I am today because of my mom. She raised me to be strong and independent, like her, and she taught me to stand up for what I believe in. She always let me know how proud she was of me, and how much she loved me. She has been my role model in raising my own son. I will be forever grateful to have had her as my mom, and I will miss her intensely.

Son in Law, Ivor-- Vicki really set the bar high as a wife a mother a grandmother and mother-in-law and of course as a pet owner. Her spirit will live through her family and those lucky enough to have known her. We will remember her frequently sometimes in laughter and sometimes in sadness. She will always be in our hearts because that is the final gift that loving, caring and selfless people leave for us to cherish for the rest of our lives.

Sister, Nanci-- A rare and rather exotic member of our species, she met life on her own terms and didn't dither around with the unimportant stuff. She was unafraid and willing and able to face unpleasantness and sadness when she thought she could make a difference.

Brother, Ken--Vicki was strong and brave. She held strong opinions and acted on them rather than sit back and complain. She cared most about her family and next about animals. She would never let any of us spend time in the hospital without her staying the night to be sure that everything was alright. I am convinced that our parents lived longer because of her.

Sister-in-law, Margie-- Here are the things that will forever remind me of Vicki. Our birthday extravaganzas - she knew everyone's favorite candy treat, Wednesday night dinners and Vicki in her animal themed outfits, and particularly our bottom feeder dinners at the 13 Coins. I'll never forget iPad, her very clever and amusing emails and especially her middle dinosaur (MD) signature. Most of all, I will always feel the big hole that her love and loyalty will leave in my heart.

Niece, Hannah--She was the best aunt and great aunt we could ever ask for. She was so generous and really cared about all of us.

Niece, Angela--I love her and will miss her dearly. She always let me be me.

Niece, Monique--We will miss Vicki very much. Such a strong and loving spirit in her. She was a fierce and protective warrior for all of us.

Nephew, Aaron--Vicki has always loved, valued, and included me in life, in this family, as well as in her heart. She is the heart of our family; what a tremendous gift to us all. I carry this gift with me. I know every member of this family feels the full measure of what she gives us.

Friend, Mary-- Vicki was the most amazing, loving, generous, gracious, and beautiful woman that I have ever known. I am so grateful to have known her and call her my friend.

Friend, Jane: ...there is a saying we have in medicine. I suspect Vicki typed it often in her medical transcribing days. It is usually used in referring to someone as being "...much younger than stated age." That certainly reflected Vicki's youthful spirit and joy. Her energy was considerable and admirable. I was always grateful for her inclusion of me as an "honorary Bloch sister," a move that allowed me entrance into birthday lunches and many wonderful conversations about shared values. Her energy was considerable and admirable. I will recall how vital, how thoughtful, and how fiercely devoted she was to her family (both the two-legged and the four-legged variety.) The world is a better place because of Vicki's energy and sense of fairness.