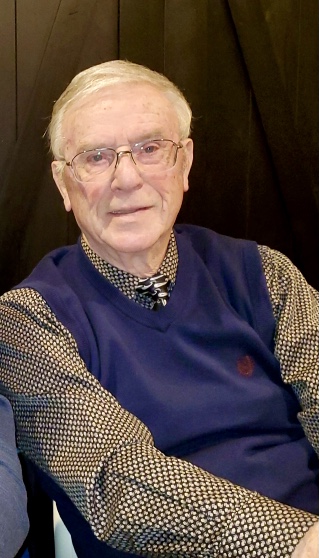 Samuel Logan, 81, of Barnegat passed away on Friday, January 15th at his home surrounded by his loving wife, son and daughter.

Born and raised in Glasgow, Scotland where he worked in the Glasgow shipyards as a marine engineer. He moved to the United States at the age of 23 where he lived with relatives in Kearny, NJ. In 1963, he enlisted in the US Army and spent time serving in Germany and Japan. In August of 1964, he went on leave to Scotland to marry Mary Richardson. After completing his Army service, he returned to Kearny and was joined by Mary in the summer of 1967. In 1969 he landed a job as a telephone technician with New Jersey Bell. In 1977, he bought a house and moved the family to North Arlington. He retired from Verizon as a supervisor after 34 years of service in 2003 and moved to Barnegat. During his retirement, he loved listening to country music, watching professional tennis and English Premier soccer(especially his favorite team Manchester United), and attending his grandchildren's soccer games.

A service will be scheduled at the Presbyterian Church of Toms River at a later date. Anyone wishing to make a donation in Samuel's name can do so to his favorite charity St. Jude Children's Research Hospital.

"Luther and I did country dancing with Sam for many years. He was a terrific person and so much fun to be with, so pleasant and friendly, and a darn good dancer. We have been in touch over the years since he moved away and always looked forward to his Christmas card and happy greeting. So many happy memories of years long ago but thinking of him still brings a smile. He was a fine person and we will miss him. With our heartfelt sympathy."

"I?m so very sorry to hear of Sammy?s passing. We worked together and I can?t say enough about your husband, father, grandfather and brother. I was pretty much a kid when we started working together. He taught me a great deal back then when he would be sent into the office to be the tester back then. He was patient and kind. When he was promoted to supervisor. He was loved by his gang, he took the time to teach some of the finest technicians out there. I always enjoyed his sense of humor, the was he spoke of his family. Never a bad word about anyone. He was a gentleman and will be missed. R.I.P. Sammy you will be missed. "