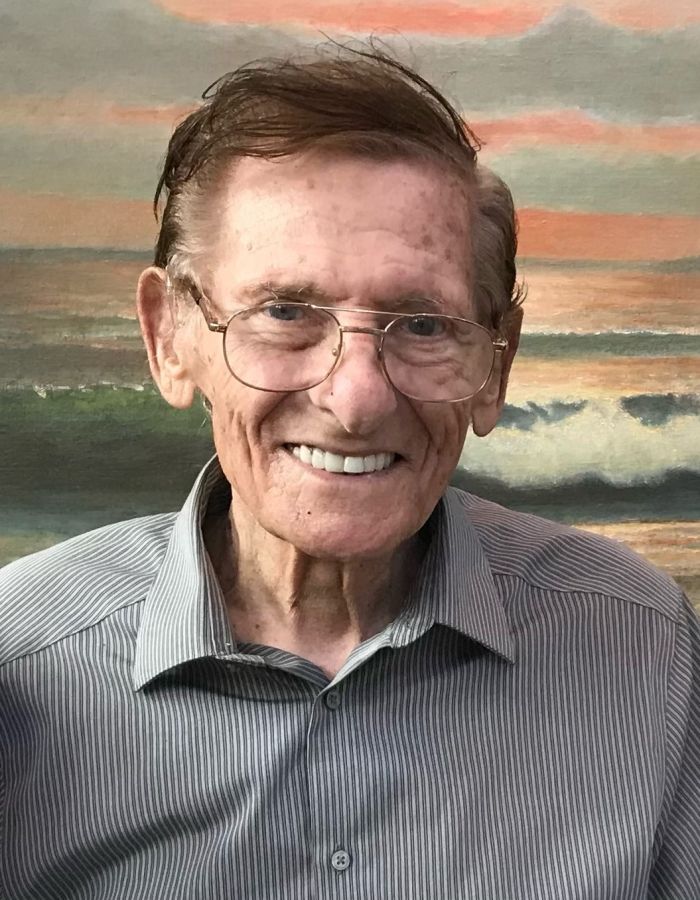 Julius (Al) Alexandra Engel passed away suddenly and peacefully on Thursday, February 4, 2021. In his last seconds of life, he reached for and held pictures of the family he so dearly loved. He was the patriarch and support to all his family.

Al was born in Bronx, NY to Sam and Klellah Engel. The adventures of his youth were legendary and part of family lore. Even at the age of 5 his entrepreneurial and adventurous nature began to emerge when by himself, he would ride the subway to Manhattan to sell magazines. When the family moved back to Texas, those adventures continued. At the age of 10 he and his partner in crime and lifelong friend, Billy Kantz, decided to hop a train to San Antonio. They almost died of dehydration when they got trapped on the train and couldn't get out. In high school, Al had a tough time. His intolerance and short fuse with anti-semitic remarks caused numerous fights. Al usually threw the first and last punch; he was asked to leave 3 different schools. It was at this time he decided to join the US Army.

While stationed in San Francisco he was to meet, court and marry the love of his life, Jeanne Chapmann. He and Jeanne were to embark on 63 years of a wonderful and successful life together. After returning to Houston, Al enrolled at The University of Houston. After working two jobs while attending school, Al graduated and started his career as a physical therapist. Shortly after, the polio epidemic brought the need for physical therapy to the forefront, where Al opened a clinic to treat its victims. Often, he would even treat low income patients in his home in the evenings. He then went on to sign contracts with several area hospitals, nursing homes, and pain clinics in Houston to handle their physical therapy departments. When the hospitals decided to go inhouse with their PT departments, Al pioneered the first private PT clinics in Texas, if not the nation. He was sought out by and mentored many physical therapists nationwide about opening private practices.

Al was a natural born athlete. He excelled in many sports, but boxing and table tennis were his best. Al boxed in the golden gloves and in the US Army, and due to his success, he was asked by a promotor to go pro in his weight class. Of all the sports, Al's greatest success was with table tennis, winning a den full of trophies for city and state championships and competing at a national level. The love of sports was exemplified by him and Jeanne's support for UH Athletics. They held season tickets to and religiously attended all UH sports for 60 years, sometimes traveling with the team for out of town games. They hosted many UH athletes over the years at their home for dinners and special occasions, especially those who couldn't go home for the holidays. They always said that the basketball players could out eat the football players any time!

Al and Jeanne were among the very first to build a second home on West Galveston Island, where he enjoyed fishing, floundering, and crabbing. Their first home was one the very few to survive hurricane Karla. That first home gave way to a beautiful home that they designed and built facing West Bay. Their homes in Galveston were to host family, friends and employees for many years. Their presences on West Galveston was one of their greatest loves of their lives. One of Al's favorite pass times was to drink a glass of wine and watch the sunset over the bay from the beach house balcony.

Al was a private but generous person. He practiced the highest degree of Tzedakah, giving anonymously.

He was able to live out his final season at home, as he wished, being cared for by his son Terry. Al was preceded in death by his parents Sam and Klellah Engel, his son Bryan Engel, his brother David Engel, his sister Regina Moore, his daughter Terresa Howell, and his wife of 63 years, Jeanne Engel.

A private graveside service will be held. Memorial donations may be made to TIRR at Memorial Hermann, SPCA or to the charity of your choice.

Al led an extraordinary life full of wit and humor. He will be sorely missed by his family and friends.