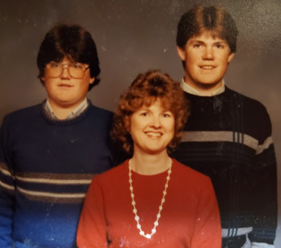 Mary Jane Henry, 76, entered into eternal life on February 6th, 2021 at Shalom Park, her nursing home in Aurora, CO after a five year battle with a rare illness. Her Funeral Mass will be held Friday, February 19th at 10:30am at St. Michael the Archangel Roman Catholic Church, 19099 E Floyd Ave, Aurora, CO 80013. If you cannot attend it will be live streamed here: https://www.youtube.com/channel/UC8ip2HU_OHdtp-Coeq4MzAg

A private Interment will be held at St. Simeon at a later date.

Mary Jane was born on August 9th, 1944 in Stuart, Nebraska to loving parents Joseph and Irene (Hughes) Loecker. Mary's family paid this tribute to her: "Mary was one of the kindest, most generous and charitable people you will ever meet. Her Catholic faith was her rock. While most saw Mary as quiet, proper and astonishingly sweet, she also had an endearing, witty sense of humor that would catch so many people by surprise. Her timing for humor was always remarkable. Mary was a hard worker and very bright. She graduated from Elkhorn High School (Nebraska) in 1962 as the class Salutatorian although her path was to be the Valedictorian until she was told she would have to give a speech, so she flunked a test on purpose! She was also a history buff and made it her life's mission to learn all she could about the Orphan Train that transported her father to Nebraska in the early 1900's. Mary will be forever missed.'

In lieu of flowers, donations can be made to:

"Mary was one of nicest girls, I say girls because I spent most of my childhood with her living next door to my family. We used to call her the Virgin Mary because she never did anything wrong. We shared walks to school, church, and playing dolls for over 10 years of our life. Although we haven't seen each other for a long time, she was in memory bank of LOVE."

"I'll always remember Mary as the sweetest , loving, and gentle person I knew. Our boys enjoyed playing with Steve and Matt along with the Slevin boys. May the angels come to greet her. Jack and Sharon Wolf"

"Mary?s family, My sympathy to each of you for your loss. Rest well Mary, you are loved."