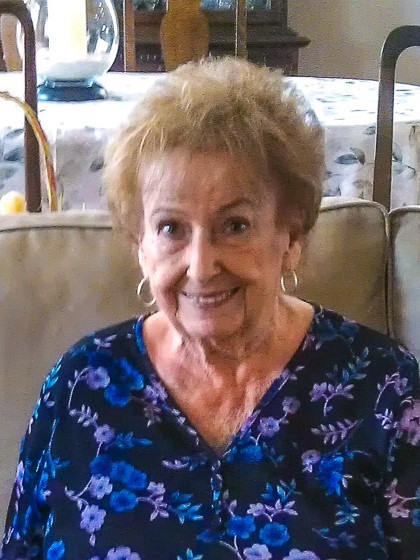 Elaine Magnani of Bellevue, Washington, left us gently on February 10. A first-generation American born in San Leandro, California to Joseph and Louise Bettencourt, Elaine attended Notre Dame High School in Alameda followed by Heald Business College in Oakland. She was proud of her Portuguese heritage, played the piano, and loved dancing, which would continue until she was well into her 80s. A loving wife, mother, grandmother (and great-grandmother), and friend, she married John (Jack) O'Bayley, Sr. in 1944 and raised five children. Having lived through the great depression, she was savvy with money and could stretch a dollar (or a pound of hamburger) to work miracles feeding her family. Once the kids were grown, at the age of 57 she learned to drive and returned to work outside the home, enjoying her time on the staff of the City of Hayward. She was preceded in death by Jack Sr., and their eldest son, Jack Jr. in addition to three big loves, Harry Souza, her second husband Hank Magnani, and Manny Mello. Extraordinarily lucky in love, she was absolutely adored and found great joy in sharing her life with each of them. She leaves behind children Maureen Price, Dennis O'Bayley, Patti Aguiar, and Tim O'Bayley, their spouses, plus eight grandchildren and eight great-grandchildren. Elaine was smart, tenacious, resilient, beautiful, strong, and a little