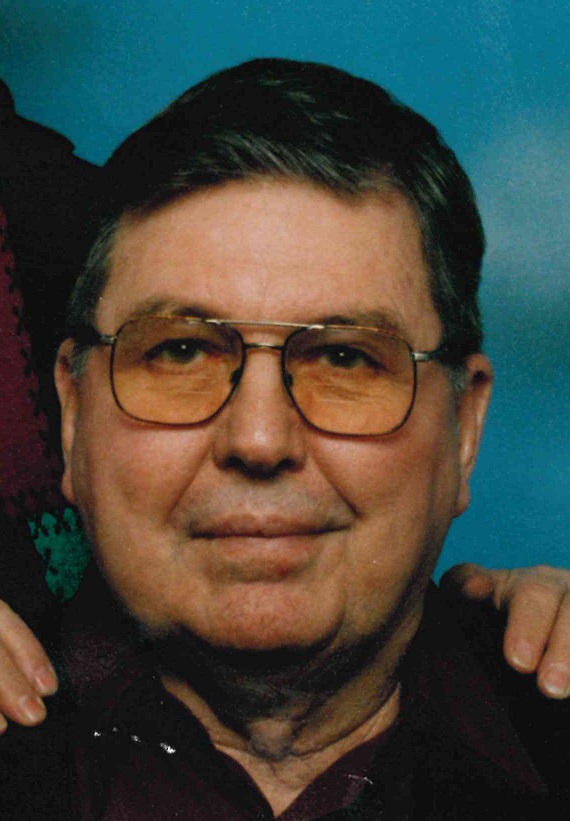 David V. Clark, age 87, of Monroe, Iowa, passed away Friday, February 12, 2021, at Ramsey Village in Des Moines.
Memorial visitation will be held from 2-4 p.m. Sunday, February 21, 2021, at Coburn Funeral Home, 602 N. Commerce Street, in Monroe. Burial will be in Dunreath Cemetery, rural Monroe, at a later date. Condolences may be expressed online at www.coburnfuneralhomes.com.

Born January 10, 1934, in Dunreath, Iowa, David Vance Clark was the son of Joseph and Bernice (Mohlor) Clark. He grew up in Monroe and graduated from Monroe High School in 1952.
On February 14, 1953, David was united in marriage to Evelyn Joann Neff in Monroe. David was employed as a heavy equipment operator and retired from Cretex Concrete Products in 1999. For the last two years, he made his home at Ramsey Village in Des Moines.
David was a member of the Independent Order of Odd Fellows and manned their Bingo tent for many years. He attended the Community of Christ Church. His hobbies included beekeeping, making his own wine and beer, and building race cars in his younger years.
Survivors include four children, Jacque (Terry) Buckingham of Monroe, Connie (Mark Sukkel) Clark of Monroe, Jerry (Deana) Clark of Monroe, and George (Janet) Clark of Newton; 10 grandchildren, Amanda, Danny, Wade, Todd, Melissa, Eric, Randi, Mackenzie, Cyle, and Lacey; 12 great-grandchildren, Henry, Evelyn, Nick, Dylan, Isabelle, Lyla, Brody, Caden, JoJo, Caylee, Gracelyn, and Donovan, and one more expected soon. Also surviving are a brother, Paul Clark of Monroe; a sister, Jane (Steve) Friedman of Monroe; a sister-in-law, Janet Clark of Pella; as well as nieces, nephews, and other extended family members.
David was preceded in death by his wife Joann in 2011; an infant daughter, Brenda; his parents; step-mother, Faye Clark; a brother, Milo Clark; and a sister, Daisy Young.
Coburn Funeral Home of Monroe has been entrusted with the care of David and his family. Memorials in memory of David may be directed to the Monroe Old Settlers Celebration.

"Thoughts and prayers to all of the family. Our Ver Heul family has lots of fond memories of David & Joann. Sorry for your loss. "

"Very sorry for your loss. You are all in our thoughts. Take care, Del & Susan Metz"

"Jacque, Connie, Jerry, George & families, We are so sorry to hear of Uncle David?s passing. Hopefully all of your fond memories will help you through this difficult time. You are in our thoughts and prayers. Take care, Nancy & Mark Van Hal"

"Sincere condolences to all of David's kids and family. We're thinking of you, and will continue to keep you all in our thoughts and prayers. It is hard to lose a parent, no matter what the situation. I know he will be missed and will be remembered in our hearts. Fondly, Bob and Suzanne Johnson"

"He was the sweetest and most funny man!!! He always told great stories with such a soft voice! He was so welcoming and gave the best hugs! For the short time I?ve known him he certainly made an impact in my life! Overalls and flannels won?t be with the same by anyone like him- love and miss you Grandpa Clark!!!! "

"My condolences to Dave?s family. Dave was a high school classmate and friend. Always looked forward to seeingDave at class reunions and old settlers.! Bob Klein "