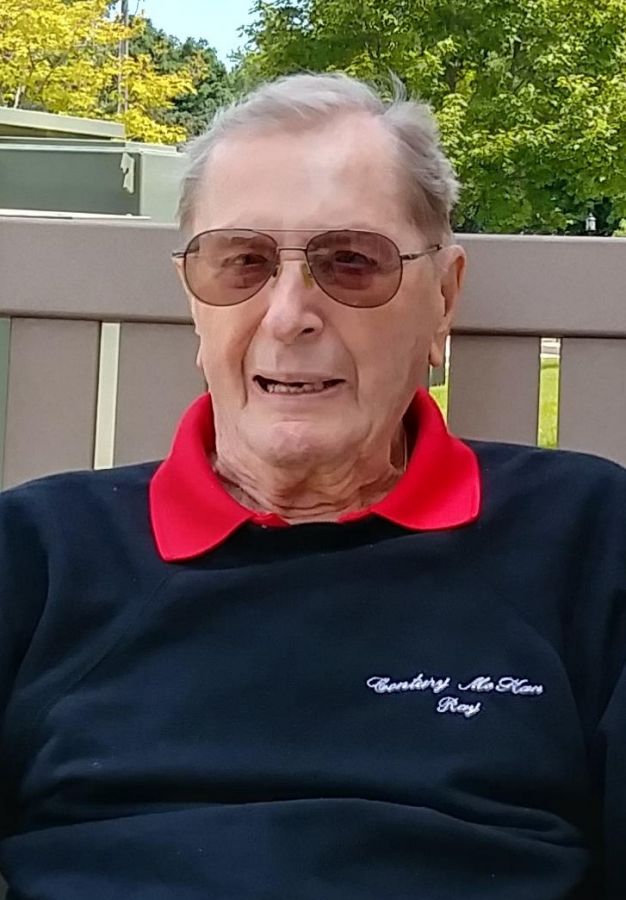 Raymond Anthony Brown was born June 12, 1927 in Grand Forks, North Dakota the son of Francis and Stella (Lovcik) Brown.  He graduated from Grand Forks High School.  Raymond enlisted in the United States Navy in 1945.  He was stationed in Chicago, Illinois where he served as an airline mechanic until his honorable discharge in 1947.  He was united in marriage to Merna Lum on July 11, 1953 at St. Michael's Catholic Church in Grand Forks, ND.  They lived in St. Cloud, MN and moved to Rochester, MN in 1963.  Raymond worked as a salesman for Lystad's Pest Control, Curtis Industries, owned Brown's Liquor Barn then worked as a salesman for Tiegen Paper Products until his retirement.

Raymond was an avid golfer and wintered in Florida along with his wife, Merna, a tradition he continued after her passing.  He enjoyed pheasant and duck hunting outings with his father and son.  He was a faithful member of St. Francis Catholic Church since 1963 and Knights of Columbus member over 50 years.  He was a lifetime member of the Elks and ranked as an Inner Guard and Trustee.  He served as past president of Rochester Exchange Club, served on the committee for Book of Golden Deeds for many years and volunteered with bell ringing.  He was also active with Christmas Anonymous with procuring bicycles.

He was preceded in death by his parents and wife, Merna.

A private family service will be held at Ranfranz and Vine Funeral Home, Rochester, MN.  Interment will be at Fort Snelling National Cemetery.  Memorials are preferred to Mayo Clinic Parkinson's Research.

Ranfranz and Vine Funeral Home is honored to be serving the Brown family; to share a special memory or condolence please visit www.ranfranzandvinefh.com.

"So very sorry to hear of Ray's passing. I remember him from St. Francis, the Elks and work. He always had a smile and warm greeting for everyone. Pat Blum Family"

"I am so sorry to hear about the passing of Ray. I knew Ray from St. Francis, always so kind and caring. He will be missed by many. Your family will be in our prays. Joe Powers Family"