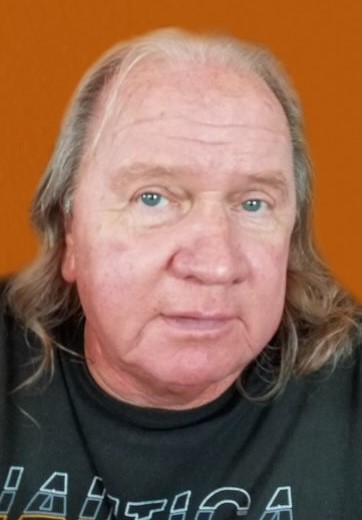 James Ibeling, 75, of Grimes, formerly of Hampton, passed away suddenly at his home on Wednesday, February 17, 2021.

Jim was born on August 26, 1945, on a farm south of Dumont, IA to Ebel and Gladys (Silver) Ibeling. He went to Madison Country School through 5th grade, then attended Dumont Consolidated School where he graduated in 1963. After high school he attended the University of Iowa for 3 ½ years. While Jim was in high school, he worked for a farmer north of the family farm as a farm hand.

After college, he worked for Shaw Construction and then started ABCO Construction during the early 1970's doing concrete work including pouring basements. After he sold his building and business, he went to work for Henning Construction in Hampton and then moved to Johnston where he continued working for Henning after their relocation to Johnston. He then started CMS Trucking, running dump trucks, side dumps and semis. Included in this business was a rock business where he found, excavated, sold and hauled rocks for landscaping businesses. Jim's last venture was purchasing homes in Arizona that he rented out.

A funeral service will be held at 2:00 p.m., Thursday, February 25, 2021, at Sietsema Vogel Funeral Home in Dumont, with burial in the Dumont Cemetery. A visitation will be held from 12:00 p.m. to 2:00 p.m., prior to the service at the funeral home. Those attending Jim's visitation and service are encouraged to wear a mask.

"We send our condolences to Jim's family today. Jim was absolutely the finest friend anyone could have. He was always generous with his time and talents. He was one of the most non-judgmental people we have known. Jim was so much fun to be around, no matter what the activity. He was thoughtful and, through the years, never forgot a birthday, anniversary or holiday. He was truly a loyal friend. We love you, Jim!! Doug and Penny Beed"

"We both have memories of Jim. Mine were of high school years when I would spend overnight with Anna . I always had fun interacting with her big brothers. Roger's memories are all work related when they were both in the construction business. We are sure he will be missed by so many. Prayers and thoughts for all of you today and the days ahead. Roger & Sheryl Crawford"

"Jim was an amazing friend. He cared so much for other people, and didn?t have a mean bone in his body. You could always count on him, no matter what. He will truly be missed. Love you Jimmy"