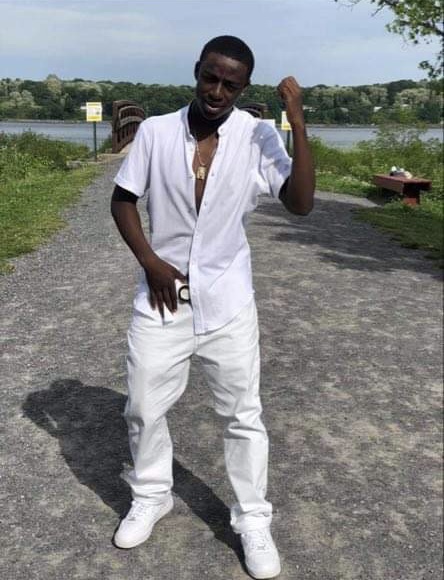 Raymond Robinson Jr, 19 of Kingston NY Aka Ray Ray was born on March 12th 2002. Ray Ray was born in Middletown, NY to Yakiesha Morbeth and Raymond Robinson Sr. To have known Ray Ray was to love Ray Ray. He was known by many to be a jokester. He was full of energy, jokes, laughs and lots of respect. His sisters and brother would say don't sleep on Ray Ray "he is smart". His mentor said he was often the center of attention- that annoying class clown you can't help but love and gravitate towards. He also said he was deep, a introspective thinker, smart and a curious young man. The countless jokes and laughs that he brought to many was priceless! You can always count on him to lift your spirit. Even in his last moments on earth he found a way to give life to someone else!

Arrangements entrusted to Keyser Funeral & Cremation Service, Kingston, NY. Family and friends may visit on Friday March 26, 2021 from 9am to 10am at His Word Revealed Church, 205 State Route 28, Kingston, NY 12401. The funeral service will take place at 10am followed by burial in Montrepose Cemetery, Kingston.

"Ray Ray was a kind and thoughtful young man. He was such a hard worker whose laugh was so contagious. We pray for him and his family for such a heartbreaking loss. "

"Thoughts and prayers ?for Ray and his family. Ray's smile will be missed."