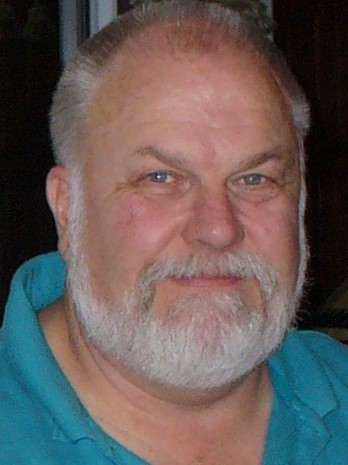 Ronald D. VanSlooten, 72 , of Federal Way, WA passed away at St. Joseph Medical Center in Tacoma, WA. on Saturday evening, March 20, 2021 due to complications from several strokes and aneurysms.

Ron was born in Hettinger, ND on April 25, 1948 to Theodore (Ted) and Lila (Eggebo) VanSlooten. He grew up on his parent's sheep ranch near Lodgepole, SD and graduated from Hettinger High School in 1966. Ron continued his education in Auto Mechanics at the North Dakota State School of Science in Wahpeton, ND before enlisting in the US Air Force in June 1968. He served in active duty until June 1972 in the 350th Munitions Maintenance Squadron. Three of the four years Ron was in the Air Force were spent overseas in Germany at Hahn Air Force Base located 60 miles west of Wiesbaden. It was there that Ron met his sweetheart and future wife, Sue Burgemeister, in October 1970 during her senior year in high school.

Ron took advantage of his time overseas by exploring as many different countries in Europe as he could. When he returned to SD his uncle asked if Ron had trouble communicating since there were so many languages. Ron said he often found someone who spoke English. Then Ron's Grandpa Ole Eggebo from Norway spoke up and said "Ya, But dey don't speeka da goot English like vee do!" Grandpa still had quite a Norwegian accent!

After being honorably discharged from the Air Force, Ron returned to his home in SD. Sue followed from Germany a month later and they were married in Rapid City, SD on Aug. 18, 1972. Ron's aircraft and mechanical interests led them to Tulsa, OK where he attended Spartan School of Aeronautics from September 1972 to February 1974.

Once school was completed, Ron and Sue moved to Rapid City, SD where Ron worked as an aircraft mechanic at the Rapid City Regional Airport until December 1976. In the dead of winter, they moved further west to the boom town of Gillette, WY which was growing due to the many oil wells being drilled and open pit coal mines. Ron worked for a year as an oilfield derrick hand for Updike Brothers Well Servicing Company before returning to his career in aviation. Ron worked as the Director of Maintenance for Executive Air Services in Gillette from 1978 to 1984, after which he opened his own aircraft maintenance facility of Aircraft Services, Inc. which was in operation until 1989.

Seeking more moderate temperatures and new adventures, Ron and Sue moved westward again in March 1989 to Federal Way, WA located 23 miles south of Seattle. Ron began working for the amphibious airplane company of Lake Aircraft at the Renton City Airport. The experience and knowledge Ron gained from his time with Lake were of great benefit when he joined with a partner and opened up a new business in April 1994 called Talon Aviation at the Pierce County Airport (Thun Field) in Puyallup, WA. In the fall of 2008, Ron's final career move as Director of Maintenance was to Avian Aeronautics at the Bremerton National Airport after which he retired in May 2013 to begin his life of leisure.

Ron was a very gifted man. He thrived on designing and creating everything from furniture, to landscaping, from van conversions to sun rooms, from interior design to yard art. If he didn't have a tool needed to do the job, he'd make one. His "Man Cave" was his garage. His ability to fix nearly everything was a blessing and a help to many.

Ron was also a planner and an explorer. He should have been a vacation tour guide. He loved showing friends and family the many beautiful parts of the country where he lived. Being outdoors in God's creation was one of his greatest joys. On Monday mornings the people he worked with would often ask him what great adventures he'd been on the past weekend. He always got out, even if it was just for a Sunday drive or to go sit down at the park by the water.

Ron was also in love with our Lord Jesus. Going beyond simply attending church, he served communion, was an usher, led a home group Bible study, and reached out to several men to have weekly breakfasts or lunches together. Whenever he gathered with a group of people, Ron had a joke or two to share. He was Norwegian himself, and had more Ole and Lena stories to tell than anyone we ever knew!

As Ron reflected on his life, he came to see how often the Lord's hand had guided his steps, and knew someday God would call him home. He is rejoicing with his Lord and is more alive now than ever before. Thank you Ron for the joy, love, deep friendship, and blessings you gave to so many of us. We look forward to the day we will see you again.

Ron was preceded in death by his father Ted, mother Lila, and brother Kevin.

Cremation has taken place and a graveside service will be held at Tahoma National Cemetery in Kent, WA. with full military honors at a later date.


When I Get Carried Away
Songwriters: Carolyn Cross, Phil Cross

Well, I don't know why I become a little shy when I get around a whole lotta people
And I can't figure out why I never can shout about the love that floods my soul
Well, I must confess, I can't express the feelings deep inside me
But the things I know and cannot show one day will overflow

Oh, I'll pass the clouds and shout so loud it may sound like thunder
My tearful eyes may fill the skies until it looks like rain
When I leave this world past the gates of pearl and stand before my Savior
I'll let my soul let the glory roll when from the roll He calls my name

I'm gonna let the glory roll when the roll is called in Glory
I'm gonna get beside of myself when I get beside the King that day
I'm gonna have the time of my life when the time of my life is over
I'm gonna get carried away when I get carried away!
Listen! I tell you a mystery, We will not all sleep, but we will be changed, in a flash, in the twinkling of an eye, at the last trumpet. For the trumpet will sound, the dead will be raised imperishable, and we will be changed. For the perishable must clothe itself with the imperishable, and the mortal with immortality, then the saying that is written will come true "Death has been swallowed up in victory!"

"I served at Hahn with the 350th at the same time as Ronald, although I haven?t talked to him since we all left there he truly was a good person and I am proud to have known him. May God bless his family Barry Kern Tomball Texas"