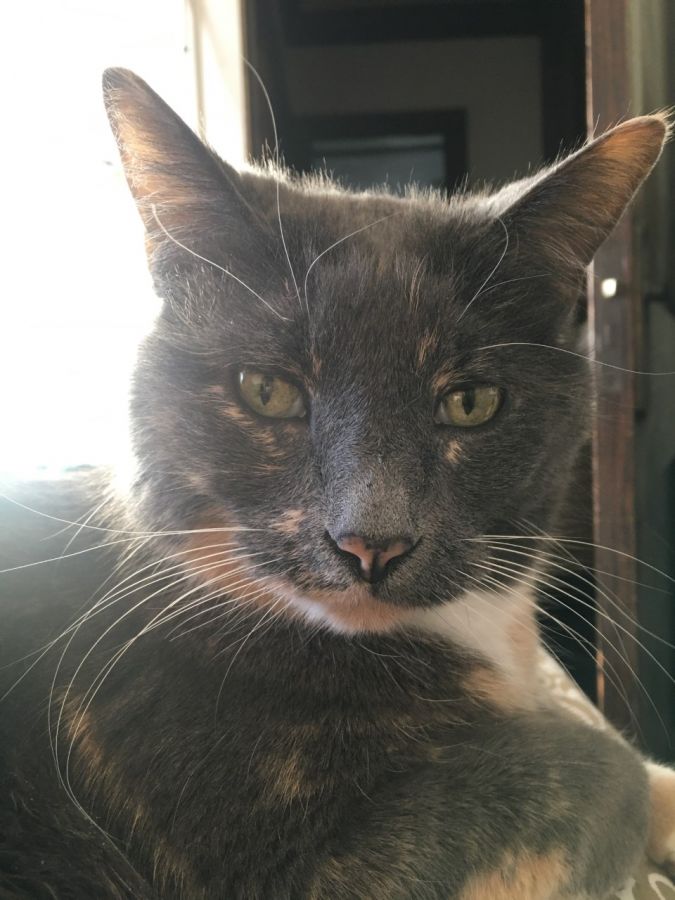 Sushi was born in Denver, CO in November 2007, and she was eagerly adopted by her human, Jennifer, in February 2008 (with the help of some very kind neighbors).

Sushi never met a cardboard box she didn't like. Her favorite hobbies were: basking in the sunniest spot, drinking out of the faucet, leaving teeth marks in ziplock bags, stealing q-tips, and--in her youth--chasing her favorite toy, "Crunchy Fish." She also excelled at emptying the sock drawer and finding the clean, folded laundry to nap on. Her sleeping yoga poses (and her extremely pretty, soft fur) earned her the title of "Cutest Floof Belly of All Time".

Sushi loved her independence, but expressed her love by choosing to nap in whatever room her human was in and sleeping by her mom's feet or head every night. She was extremely emotionally intelligent and tolerant, especially of her mom's ridiculous antics and endless need for cuddles. Sushi was also very protective--making sure to monitor her human anytime she was near water (doing the dishes, taking a shower); keeping a close eye on any squirrel that dared sit on the windowsills; and stalking (at least some of) the tiny bugs that snuck into her residence.

Sushi is survived by her loving human mom, Jennifer, and her cat sister, Squid. She has joined many friends in heaven, including Sammie (dog, son of Finn), Bubba (dog, son of Kacy and Jason), Albus (cat, son of the Marsch family), and Thalia (Sushi's cat cousin).

"Sushi was the prettiest cat I knew, with her sweet mix of warm colors. I want to offer my most sincere condolences to Jennifer and I know she and Squid miss Sushi cat every day. She had a lovely home to pursue adventures in and a very loving Mom and sister. No kitty could have been better loved and given a better home than Sushi. Love, Pat XOXOX "