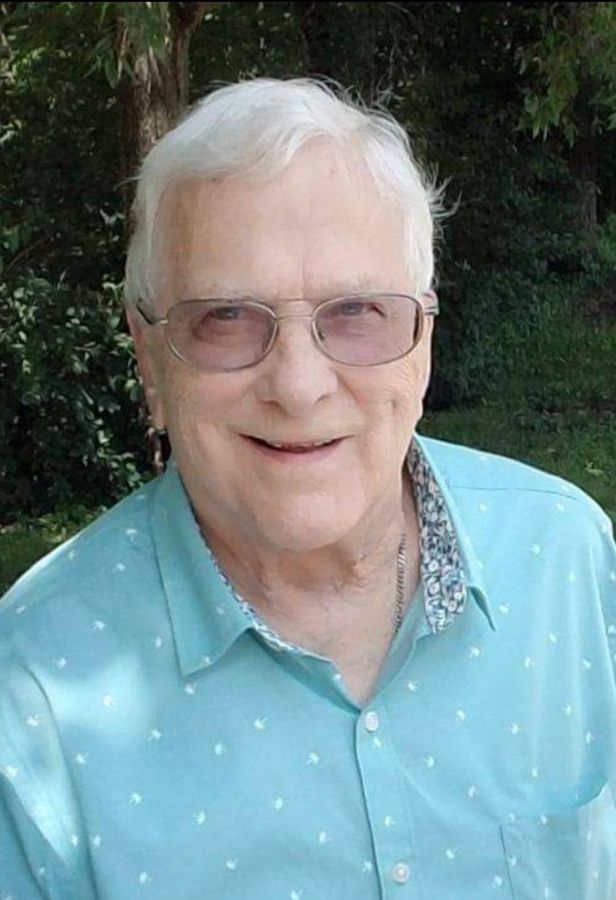 Lyle V. "Mike" Madsen was born in Rutland, Iowa Oct. 25, 1930. He was the second to youngest of nine children born to Dagny Marie (Jensen) and Nels Marius Madsen. Lyle graduated from Rutland High School in 1948 and enlisted in the US Air Force in September of 1948 for 3 years. While in Japan, the Korean War broke out and his tour of duty was extended for one year. After his discharge in 1952, he attended college and received both his Bachelor and Master degrees from Mankato State University. He also did post graduate work at the University of Minnesota. He married Yvonne (Chris) Christensen in New Ulm in 1954.

After earning his Bachelor degree in 1956, he and his wife took teaching positions in Omaha, Nebraska. They remained there for nine years before returning to Minnesota where Mr. Madsen accepted a position teaching English and Mythology at Rochester Community College. He retired in 1992.

Since his retirement, he remained active in the community. Mike was a life member of the American Legion Post 92 where he served as adjutant and also three terms on the executive board, numerous committees, and seventeen years on the Honor Guard. As a member of Voiture 327 of the 40 & 8, he held many offices and for many years represented the 40 & 8 in presenting nurses scholarships at the community college. He was a co-founder of the Korean War Veterans Club and a life member of VFW post 1215. He was also a member of Gloria Dei Lutheran Church.

Mike had many other interests. He enjoyed traveling and was proud that he and his wife had visited all fifty states and over 25 foreign countries. He was an avid reader and enjoyed golfing, dancing, and watching sports. He was a faithful fan of the Iowa Hawkeyes and the New York Yankees from his boyhood until the day he died.

He is preceded in death by his parents, 4 sisters, and 4 brothers.

Memorials may be made to the Rochester Community and Technical College (RCTC) Scholarship Fund, American Legion Post 92, or Gloria Dei Lutheran Church.

Ranfranz and Vine Funeral Home is honored to be serving the Madsen family; to leave a special memory or condolence please visit www.ranfranzandvinefh.com

"Hello, please accept my sincere condolences on Mr Madsen's passing. He was one of my instructors when I was a student at RCTC many years ago. I eventually became an employee of RCTC, working in the music and drama department and have been here 24 years. I was saddened to hear of his passing through the RCTC College Newsletter. Up until a couple of years ago Mr and Mrs Madsen were fairly regular patrons for our music and theatre performances and I always enjoyed speaking with them when they'd come to collect their tickets at the Box Office. I also enjoyed reminiscing with Lyle about the old days at RCTC. There aren't too many of us anymore who can remember the times here during the early 90's. He was a great instructor. I first made his acquaintance when I had him for an evening Literature class---Mythology I believe it was. I was a freshman at the time, 16 years old, and the only English classes available to me at the time were night classes. I've always been interested in Mythology so i enrolled. Those evening classes are long--like 3 or 4 hours at a stretch. That was a long time for a 16 year old (at least this 16 year old) to sit and discuss literature but Mr Madsen made the hours pass very quickly. He was a great teacher and he had a subtle, sometimes quirky sense of humor that I enjoyed. If we finished lecture a little early, instead of just dismissing us, he'd use the time to get to know us. He would sit on the edge of his lecture table and just talk to us. Those conversations helped him get to know us and for us to know a little about him. It really made the class go faster and was a lot more pleasant knowing we had a teacher who not only knew the subject matter but who was also kindly, and who would put in the time and effort to get to know his students as people. We had some really nice conversations as a class. He was always willing to help a struggling student too. Anyway, I know you don't know me but I just wanted to share a couple of memories I have of this kind, intelligent, well spoken man. i send you my sincerest sympathy. Rhonda Jensson, RCTC Music/Theatre"

"Dear Yvonne, Mara and Chris, Greg, Mitch and all the family, So very many Happy Memories Howie andd I have. So glad we traveled together and spent time together, enjoying every minute. Too many wonderful memories to list here, but thinking back to the days at the cabin, and on and on. Truly will miss Mike for so many reasons. Loved him and love all of you, His dear, dear family. Deepest Sympathy, Sheri and Howie P.S. Best Broth-in-law anyone could have, lucky us!!"

"My sympathy to your family. I worked with Lyle at RCC. He was a very kind man Lil Bartholomew "

"My sympathy to your family. I worked with Lyle at RCC. He was a very kind man Lil Bartholomew "