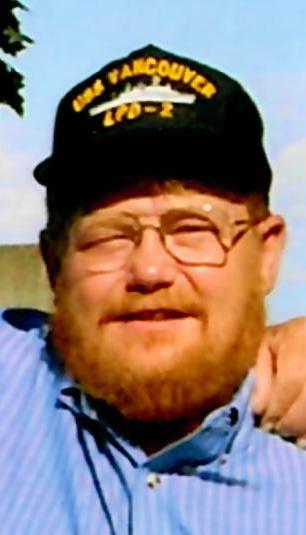 A Celebration of Jim's Life with military honors will be held at a later date. Condolences may be expressed online at www.amesmonument.com.

James Harold Westbrook was born October 20, 1946, in Ames, Iowa. He grew up and received his education in Ames, graduating from Ames High School. Jim then served in the United States Navy during the Vietnam Conflict. He returned to Iowa following his service and studied welding and machine repair at DMACC. Jim began his career at General Filter in Ames where he worked for over 20 years, then worked ten years at the Bulk Mail Center in Urbandale.

He was united in marriage to Marylou Lansing on November 2, 1974, in Boone, Iowa. The couple made their home near Madrid. Jim was a proud American and member of the Ames American Legion, Post No. 37. He enjoyed tinkering and fixing clocks and watches in his spare time.

Survivors include his wife, Marylou; two sisters, Carol Hastings of Vancouver, WA, and Vicki Long of Ankeny; a sister-in-law, Marsha Westbrook of Des Moines; a special uncle and aunt, Paul and Betty Nagle of Nevada; and many nieces and nephews, including two special nephews, Rick Thompson of Ames and Rodney Thompson of Ankeny.

He was preceded in death by his parents; a brother, Wayne Westbrook; and his parents-in-law, Kenny and Rose Lansing.

Ames Monument & Cremation Center has been entrusted with the care of Jim and his family.

"Remembering you and your loved one today and always. Jim & I where childhood friends , Marylou I offer you my support and prayers. Russ Williams"

"Deepest sympathy to you snd the family, Marylou. You are in my thoughts & heart. ?? Jane (Halling) Miller"

"Deepest sympathy to you and family, Marylou. Thinking of you & keeping you in my heart. Jane (Halling) Miller"