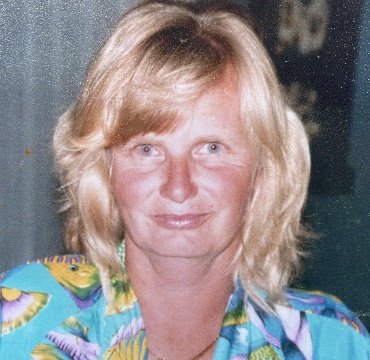 Ann Lucile Robinson was born July 12, 1945 at 3:52 AM. She was born to Francis Robinson age 48, from Indiana, from Chrysler Corporation in 1948 and Lucile Ruth Reid from Indiana age 39 house wife on July 12, 1945 at Grace Hospital. Her parents lived at 11024 Lake Pointe Dr. in Detroit, MI. She was the youngest of their children. Her brothers Tom Robinson and Dick Robinson. Ann married her high school sweetheart James Custer, James went into the service where she followed him to several states and Germany, then back. She remained a housewife and mother. In 1979 they moved to Palm Harbor Florida and bought a Piano Bar Joe Pika's they later renamed the Cider Mill. There marriage was short lived after that. She eventually moved back to Michigan when her 1st granddaughter Alicia was born. It was not to long after that. She met Nancy Porter who she was eternally grateful to and moved to Mackinac Island. There she watched over several people and watered lots of flowers, and found some of her greatest moments and friends. She then moved to Muskegon, to be with children.

She is survived by her daughter Dawn Levernier and son Ken and Laura Custer, and her bonus daughter Lisa and Andy Dzioback.
⁃ Dawn Levernier has grand children of Alicia Levernier and Chris Levernier and (Katie). With Great grand children Masie (6) and Harlow (2) Levernier.
Her son Ken Custer and Laura had grand children Emily and Wade Custer.
Her bonus daughter Lisa Dzioback of Mackinac Island is married to Andrew Dzioback had Brooke Dzioback .
Mom always loved to laugh. She always wanted us to remember the crazy and rememberable times we spent with her. She loved her flowers. She spent everyday watering and attending to them.
She loved Mackinac Island and all the people she met. She was excited for the horses and fudge. She believed in all of Mackinac. She believed this was her home. She wanted to be a part of it, and always wanted to be remembered there.