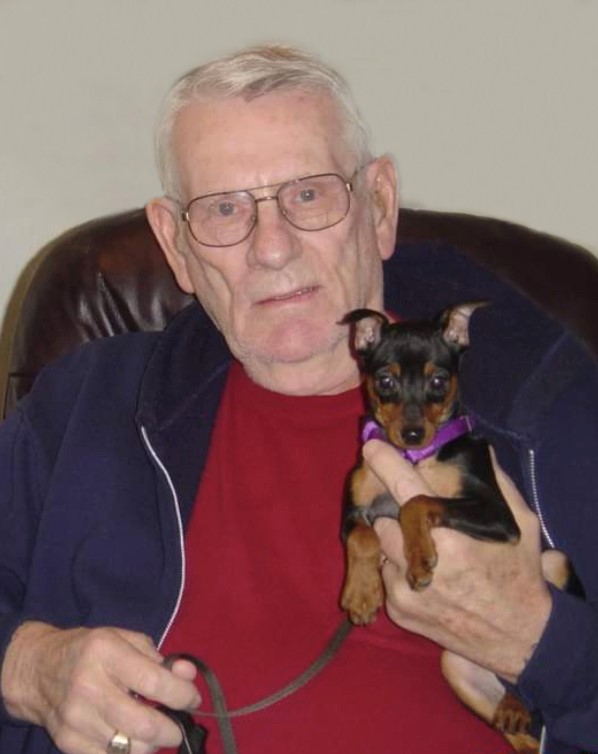 Chuck spent his youth mostly in rural settings by Plymouth and Hampton, IA. Much of his education came in one room rural schools. He spent 7th through 11th grades at Chapin Schools completing his Senior year at Hampton High School where he graduated in 1950. After graduation he worked as a farm laborer and truck driver until he entered the military in October 1953. Chuck spent 2 years in the 82nd Airborne at Fort Bragg, North Carolina. He returned from the military in 1955 and married the girl of his dreams, Pat Dankel. After service Chuck worked as a farm laborer until at the urging of Pat he started school at Hamilton College in Mason City in the fall of 1957 taking their accounting class graduating in January of 1959. He moved his family to Ames in July 1959 where he worked for the Cretex Companies in their Ames office. As Pat always said Chuck was a workaholic, never happy unless he is working in 1971, they purchased an acreage outside of Ames, as the old saying goes "You can take the boy out of the country, but you cannot take the country out of the boy". Chuck was the original "DO IT YOURSELFER" remodeling several houses and helping many friends with their projects. Pat and Chuck enjoyed country living for many years having quite a variety of fowl and animals. He continued to be employed by Cretex until his retirement in June 1995. After retirement Chuck and Pat traveled around the Midwest in their Airstream camper seeing the sites, they never had time for while he was working. In 2002 Pat's ill health forced them to start staying closer to home.

After the death of their youngest son, Chris in Nov 2011, Pat and Chuck sold their beloved acreage NW of Ames that had been their home for 41 years and moved to Ossian, IA to be closer to their oldest son Chuck and his family. Unfortunately, Pat passed only two months after moving to Ossian. Although he missed his wife desperately, he did enjoy being closer to his grandchildren. He could always be seen at South Winn football and basketball games watching Amy Cheer and at countless Trap Meets watching Austin who was a member of the South Winn Trap Team.

Chuck was preceded in death by his Parents Charles and Martha (Grover) Covell, his wife Patricia (Dankel) Covell, his son Chris Covell and his niece Lynne (Butt) Hanson. He is survived by a son Charles Covell and his wife Shannon of Ossian, IA. Two grandchildren Amy Covell (Trygve Lien fiancé) and Austin Covell both of Ossian. A nephew Charles Butt (Sue) of Hampton along with many great nephews and nieces.

A graveside service will be held at 11:00 a.m., Saturday, April 17, 2021, at the Hampton Cemetery. The Sietsema Vogel Funeral Home of Hampton is assisting Chuck's family.

In lieu of flowers, memorial contributions may be sent in memory of Chuck Covell to a charity of your choice.

"We will miss Chuck--and his Christmas cards, which usually arrived the day after Thanksgiving. Chuck was a great friend and ally all of the years we shared at Cretex. Blessings to his family. Don and Kitty Schumacher"

"Chuck was admired and greatly appreciated for his absolute dedication and loyalty to Iowa Concrete Products and his sense of humor 'after work'. Our sympathy and well wishes to his family. With admiration and best wishes, Patty & John Bailey and Bailey Family"

"Good-bye, Chuck...It was nice having you as a Facebook friend...."

"Chuck always remembered me with a Christmas card and would always stop by moms house when he was in area. So sorry for your loss Charles "