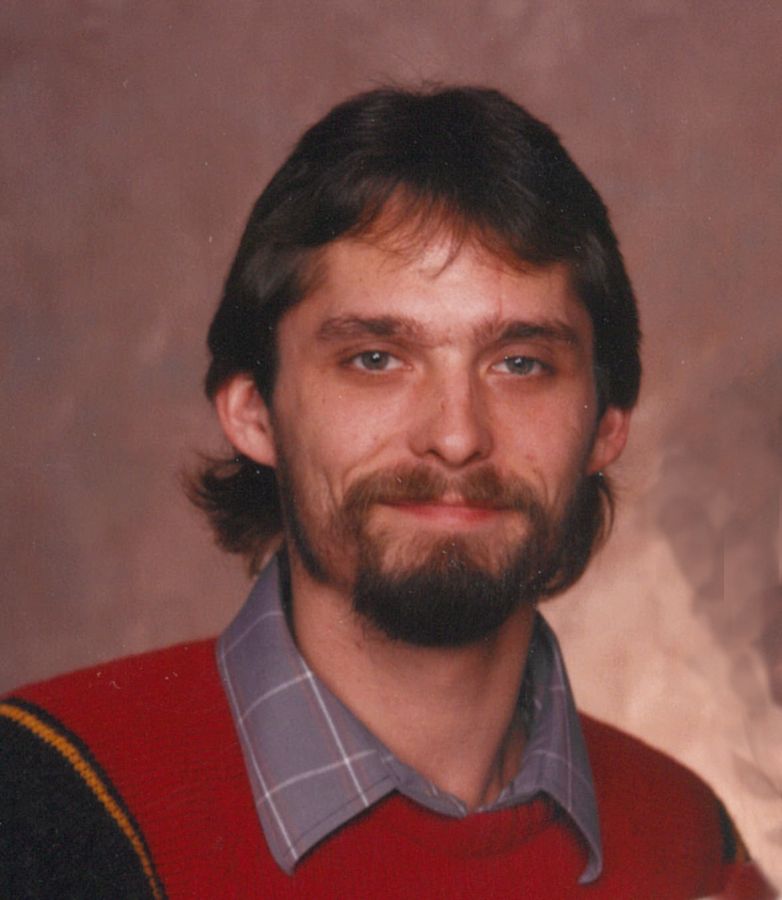 Mr. Timothy Robert DeBard, age 58, passed away Monday, April 19, 2021. He was born in Grand Rapids, Michigan on September 21, 1962 to Robert & Phyllis (Sauders) DeBard.
Tim attended school in Spring Lake, Fruitport, and Newaygo earning his high school diploma in March 2004. He also attended Baker Culinary Institute to pursue his passion in cooking. Tim spent 3 years in the U.S. Army where he received an award for expert Riflemanship for his unit and the highlight of his enlistment was being stationed in Germany. He received his military training in maintenance work.
When Tim returned from duty, he moved to Hilton Head Island, South Carolina where his brother Mark, Grandpa and Grandma DeBard lived. He did mostly maintenance work in Hilton Head and picked up a love for cooking. After 3 years, Tim moved back to Fruitport where he continued to do maintenance work, then pursued a career in cabinetry. One job Tim had he traveled all over the U.S. installing photo booths into Pet Smart Stores. Tim rediscovered his love of cooking by working in several area restaurants, his favorite being Turks in Nunica.
On July 11, 2004 Tim suffered a terrible diving accident, which left him a quadriplegic. He was paralyzed from the chin down, but he learned to operate a computer with a mouth piece. He also started painting by holding the brush in his mouth. Tim lived in Metro Hospital for 16 years in the Assisted Breathing Center. His attitude was always astonishing, his mother and father were so proud of him. There will never be any one else like Tim.
Tim loved motorcycles and repairing them. He always had a passion for camping and of course cooking. His favorite camping adventure was when he took his daughter, Brina. The family would like to thank the staff at Metro Health Hospital Assisted Breathing Center for their compassion and support of Tim.
SURVIVORS
Mother, Phyllis; Daughter, Brina Lee Parker of Muskegon; Son, Joseph Boltze of Nevada; Nephew, Wyatt Robert DeBard Slater and his guardians, Royce and Eleanor Slater; Aunt Margaret (Bob Storch) Hulka; Uncle John (Donna) DeBard. He is preceded in death by his Father; Brother, Mark; Sister, Kay DeBard and her husband, Royce Slater; Grandma Sauders; Grandma and Grandpa DeBard; Aunt Shirley Dornbos.
GRAVESIDE SERVICE
A graveside service will be held in the summer at Pine Hill Cemetery in Fruitport, MI. MEMORIAL: Metro Health Hospital Assisted Breathing Center. Please visit www.clockfuneralhome.com to leave a memory or sign the online guestbook.
Clock Funeral Home - Muskegon

"Tim was a very special person. I will miss his smile and laugh. You are one of a kind Tim and will never be forgotten. "

"Thanks for all the memories Tim. You put up a good fight for a lot of years and grew in many ways because of the limitations. We are proud of you and your accomplishments and will forever never forget the good times we had with you and your family. Rest in Peace our dear friend. Kent and Mary Van Wert "

"Boy we had some good times growing up as kids in Fruitport Mi. My condolences family. Old friend Jeff Bennett"