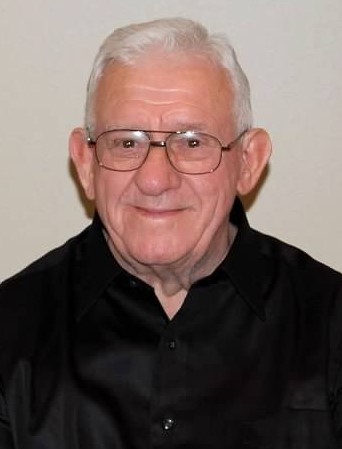 On Thursday, April 22, 2021, Harold Trusheim, husband and father, passed away peacefully at the age of 89. Harold will be forever remembered by his children Curt, Colleen, and Joy, his four grandchildren, and many others whose lives were touched by him. A public graveside service will be held on Monday, April 26 at 11:15 am at the Rose Hill Cemetery in Marshalltown. A private family viewing will be held at Anderson Funeral Homes before the graveside service. Online condolences may be sent to www.andersonfhs.com.

Harold was born on January 28, 1932 in Hubbard, IA. His family later moved to the Legrand area where he worked on the family farm and attended school. In his early adult life, he worked as a shipping clerk at Marshalltown Instruments for 25 years. While spending time in Marshalltown, he met Ireta and they married on November 27, 1965 and were able to celebrate 53 years of marriage. Over the years, they attended Grace United Methodist where he served as the church custodian, sang in the choir, and participated in church groups. Harold's passions were gardening, farming alongside his siblings, and family. He took great pride in the many fruits, vegetables, and flowers he grew in his yard and was always very generous by sharing his produce with neighbors and friends.
In his later years he continued to enjoy his love of Christ, music, and nature by taking car rides to check on the fields and weather, listening to his favorite old time gospel hymns on his record player, and sharing his faith with the people around him. He always loved to visit with the staff at his nursing home and keep in touch with family and friends on the phone. Harold also enjoyed passing the time with competitive games of pool, putt putt golf, Chinese Checkers, and Dominoes seemly being the winner in most situations.

Harold is survived by two brothers Rudy (Ruth) Trusheim, Wilbert (Jackie) Trusheim; his three children Curtis, Colleen (Greg) Nibaur, and Joy; and four grandchildren, Kayla, Aaron, Andrew, and Nicholas. He was preceded in death by his wife Ireta, his parents, Jakob and Emma (Krueger) Trusheim, and two brothers and two sisters. He is now at peace with his Lord and Savior Jesus Christ and his soul is in His hands.

"Harold gave me some of the best advice ever on growing tomatoes. It really worked! I never saw him without a smile and never interrupted him when he was watching The Price is Right. He will surely be missed."

"I remember him best out helping on the farm. Helping with the cattle and getting the ground ready to plant and harvest every year. He really enjoyed the out doors. Uncle Harald will be missed by many. Prayers to the family. Love, Niece Sarah (Ash) Angell"