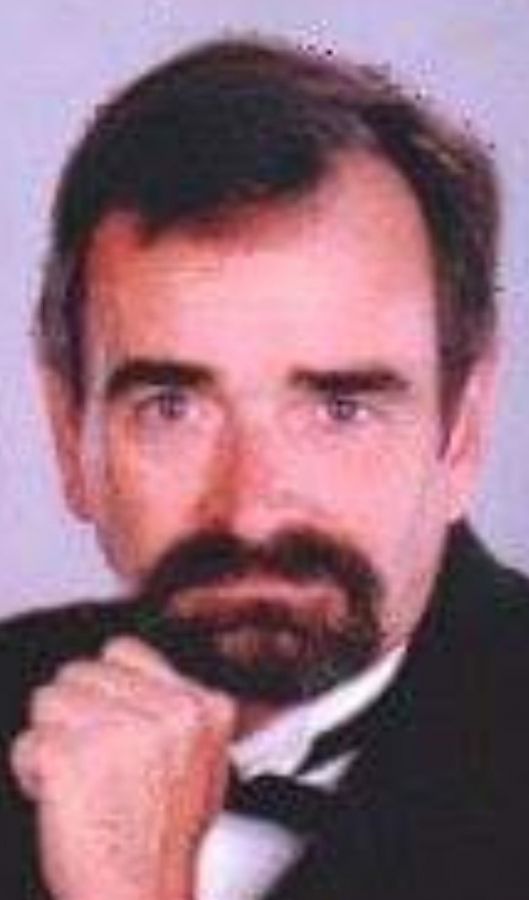 Jon Gallagher, 64, of Canton, formerly of Elmwood and Knoxville, passed away at 11:10 a.m., on Saturday, April 24, 2021, at Graham Hospital in Canton.
He was born January 8, 1957, in Galesburg, to John and Aurora (Austin) Gallagher. They have preceded him in death. Jon was married to Mary Watkins and then later to Elizabeth Clarke. They both survive.
He is also survived by three daughters who were the light of his life, Kelly (Jordan) Sale, of Canton, Erin Carder of Knoxville, and Caroline Gallagher of Elmwood; one brother, Gilbert Lewis; and five grandchildren, Nicholas Watson, Kelsey Watson, Noah Carder, Andrew Sale, and Owen Sale.
He was also preceded in death by one sister, Wendy Poland; and two grandchildren, Abigail Watson and Lucas Sale.
Jon attended Carl Sandburg College and Knox College where he received his Bachelor's degree in Secondary Education and English Literature. He was passionate about teaching English, and he was also a professional Magician. He was especially proud of his "Just Say No" show during Red Ribbon week, where he used magic to engage students in staying away from drugs. He was a member of the International Brotherhood of Magicians for over 30 years and a member of the Elmwood United Methodist Church.
Cremation rites have been accorded. A visitation will be held from 5:00 p.m. to 7:00 p.m. on Friday, April 30, 2021, at Elmwood United Methodist Church. A Celebration of Life service will then be held at 11:00 a.m., on Saturday, May 1, 2021, at the Elmwood United Methodist Church. Due to Covid mandates, the family requests that everyone attending abide by social distancing and wearing masks.
In lieu of flowers, memorials may be made to the family.
To leave online condolences, please visit www.oakhinesfuneralhome.com.

Oaks-Hines Funeral Home and Crematory in Elmwood has been entrusted with arrangements.

"Erin & family - I am so sorry for your loss. I hope you are able to find peace as you celebrate your father and grandfather. You are in my thoughts! "

"My heartfelt sympathy and prayers to the family, May God provide you with peace, comfort and strength during this difficult time of mourning. Psalms 29:11"

"Jon was an amazing man who loves his family above everything else. He was kind, sincere, and generous. My husband and I will always have a special place in our hearts for him. We never will forget when we visited him on the 4th of July in 2019. Jon was ill, but despite his illness he absolutely insisted on making us dinner. We were in awe as we watched him sacrifice himself and his time for us. We were blessed to know him and we consider it an honor to call him our friend. We love you Jon!"

"Jon was a special friend. He loved people and he loved his home community. I met him through his attempt to publish a weekly newspaper in Galesburg called the New Zephyr , and although it didn't succeed he gave it everything he had. The man cared about people and he had a keen sense of humor. He adored his kids and his eyes lit up when he talked about them. He loved to perform magic and even saddled with a serious health condition he never complained to me about his struggles and I know they were constant. I hope he's pitching baseball with Roy Campanella now, and he lived to see his Dodgers win the series last year. I'll miss you always my friend. "