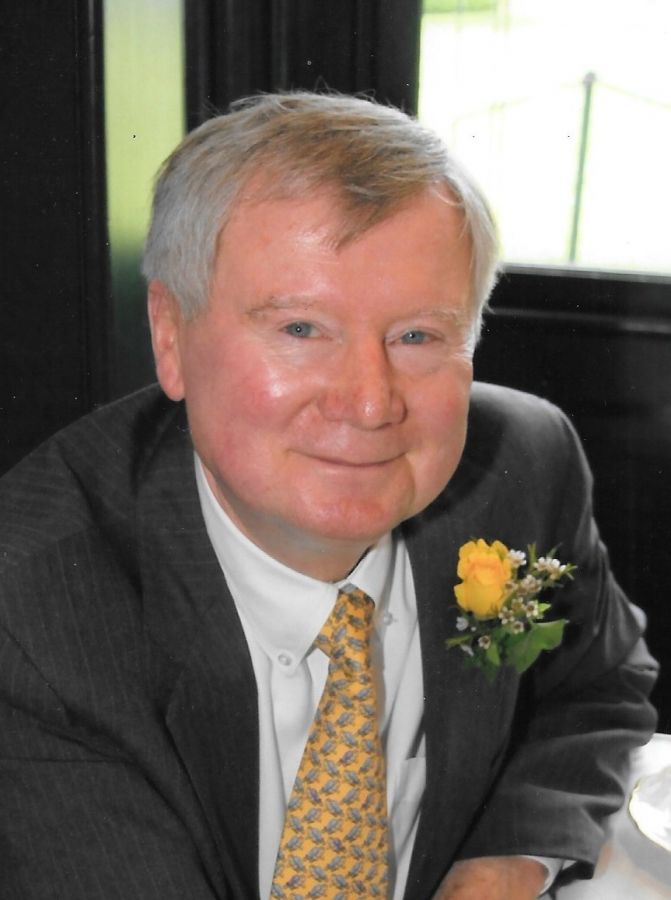 Dr. William A. Watkinson, II, age 79, longtime resident of Newport passed away peacefully on May 1, 2021 at the Village House Rehab Center in Newport. He was the loving husband of Janet (Hoffman) Watkinson for the last 52 years.

Bill was born on March 23, 1942 in Indianapolis, IN to the late William Watkinson and Vona (Cox) Watkinson. After several years in Indiana, his parents moved to Newport and purchased the longtime family home at 372 Broadway where his father established a Chiropractic practice. After graduating from the Tilton School in New Hampshire, Bill continued his studies at Florida Southern College where he earned his bachelor's degree. After serving his country from 1964-1966 as a 1st Lieutenant in the U.S. Army, he continued his education at the Lincoln Chiropractic College in Indianapolis. It was during this time that he met his wife Janet, and they married in December 1968.

After completing his time at Lincoln, Bill and Jan moved to Newport in 1970 where he joined his father's practice as a Chiropractic physician. During his 42 years in practice, Bill truly loved his work and was devoted and caring to his patients. Bill also served as the President of the Chiropractic Society of RI from 1976-1977, was recognized as Chiropractor of the year in 1984, and was named the Rhode Island delegate to the National Chiropractic Convention in 1987. Outside of work he served his community as an active member of the Rotary Club and in various roles at Trinity Church, serving on the Vestry as well as teaching Sunday School with his wife. During his rare moments of free time, he enjoyed summer days at Hazards Beach with his family and in later years going to PPAC with his closest friends. His favorite pastimes were napping and enjoying a good meal.

Calling hours will be held on Thursday, May 6, from 4:00PM-7:00PM at the Memorial Funeral Home, 375 Broadway, Newport. Funeral Services for Dr. Watkinson will be held on Friday, May 7, at 10:00 am at Trinity Church, Queen Anne Square, Newport. Burial will follow at Trinity Cemetery in Portsmouth.

In lieu of flowers, memorial donations may be made to the Parkinson's Foundation, 200 SE First Street, Suite 800, Miami, FL 33131 or at www.parkinson.org. Additional information also available at www.memorialfuneralhome.com.

"Mrs.Watkinson and Family,My sincere condolences for the Dr.?s passing.I knew you both to say hi to when seeing you on Aquidneck Island. May he Rest In Peace !!"

"Sincere sympathy to the Watkinson Family. I know that you will miss him forever. Sincerely, Rosemary Davidson"

"Sincere sympathy to the Watkinson Family. I know that you will miss him forever. Sincerely, Rosemary Davidson"

"We will miss \'Dr. BILL. A dear cousin, always interested and interesting! We\'re grateful we are part of the same family. Vicki Hoffman Steuerwalt and Michael Steuerwalt"

"A true gentleman. As a young lad I did a lot a leaves on the property in the 70?s. Lots of leaves in the fall at the age of 12 13 etc. Bill?s mom and dad were the best. Dr Watkinson RIP Todd Morgan"

"To Jan, Bill, Sarah and John, I am so very sorry to hear about Dr. Watkinson\'s passing. He was such an amazing and happy man and his ever-ready smile was infectious! The world was a better place with him in it and he will be truly missed. RIP. Jane Regan"

"I am very sorry to hear about the passing of Dr. Watkinson. He was not only a wonderful, caring Doctor, He was such a nice, caring person. I am very happy that I got to know him. He did wonders for my back issue. He was a very special person. May he Rest In Peace. Eileen Brown"

"Bill was a gem ? one in a million. You couldn?t help but love him from the moment you met him. We will miss you, Bill. Love, The Robilotta Family"