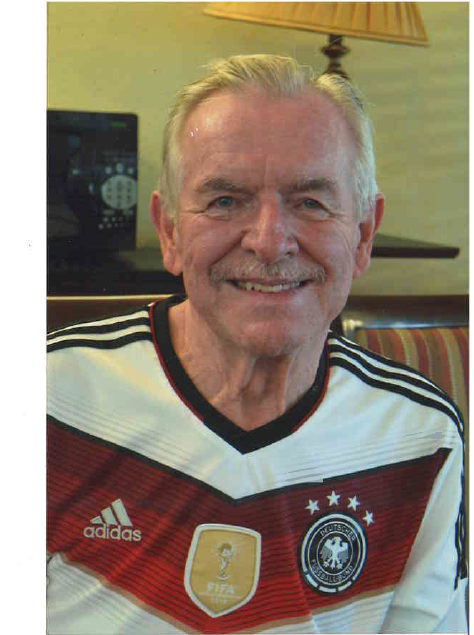 On Monday, April 26, 2021, Gernot Mierbeth, father of 3 children, passed away at the age of 83. Gernot was born on February 23, 1938 in Augsburg, Germany to Albert and Emma Mierbeth. He completed trade school and apprenticeship in Lithography and worked over fifty years, becoming an expert in his field. Before moving to Georgia, USA, he married Sigrid Kark and they raised two sons, Roman and Ernest "Max", and one daughter, Ingrid. He later moved to Washington, USA with his second wife and her daughter, Kiea.
Gernot had a passion for art, classical music, jazz, collecting model trains and antiques, soccer, and a tasty beer. He loved his friends, pet dogs, being outdoors, and feeding wild birds. Gernot was known for his big smile, handsome mustache, charm, and compassion. He was preceded in death by his parents and brother, Dieter Mierbeth. He is survived by his children, grandchildren, and brother, Rainer Mierbeth

"Remember Gernot very well as a co-worker in Atlanta where he picked me up on my first day in the US from the airport and hotel and worked with him for 2 1/2 years at Mueller Color Plate. For the first month I lived with his family at his home before finding my own place. He was always kind to me and a most pleased friend. Bernd Nagy- Helen, Georgia and Tucson, Arizona. Our condolences go out to the family, Bernd and Linda Nagy. "