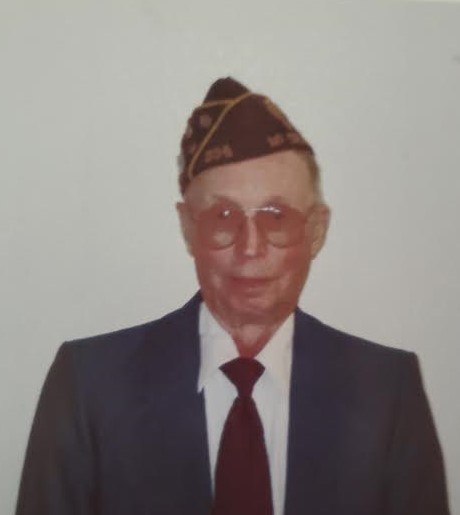 Dale "Smiley" Myers, 91, of McCallsburg, Iowa passed away on Thursday, May 6, 2021 surrounded by his loving family. A visitation will be held on Thursday, May 13, 2021 from 5:00 - 8:00 p.m. at the American Legion Post #334 in McCallsburg, Iowa. A memorial service will be at 1:00 p.m. on Saturday, May 15, 2021 at the American Legion Post #334 in McCallsburg. Burial will follow in the Warren Township Cemetery in McCallsburg.
Smiley was born on July 24, 1929 in Marshalltown, Iowa to Arthur and Muriel "Dolly" (Hansen) Myers. He grew up in Marshalltown but relocated to McCallsburg when he was a teenager. He graduated from McCallsburg High School with the class of 1947. Following school, Smiley joined the Air Force. He was trained in weather forecasting. Smiley proudly served in the Korean Conflict and the Vietnam War before retiring from the Air Force in 1970. Once discharged he returned to McCallsburg where he raised his daughter. Smiley was an active member of the McCallsburg American Legion Post #334 where he participated in various leadership roles. He will be remembered for his active role, leadership, and dedication to the Americal Legion. His daughter, grandchildren, and great-grandchildren were his world. He was an active in supporting their activities and was always their biggest fan. Smiley also enjoyed tracking the weather and country western music.
Those left to cherish his loving memory are his daughter Deborah "Betty" (Bill) Thomas of Cambridge, IA; grandchildren Randy (Michelle) Thomas of Spicer, MN, Joni (Grant) Brown of Story City, IA, Grant (Heather) Harris of Altoona, IA, Garrett (Lindsey) Harris of Ames, IA, William (Elizabeth Mohn) Thomas Jr. of Ankeny, Iowa, and Walker (Leah Richard) Thomas of Cambridge, IA; and 13 great-grandchildren.
He was preceded in death by his parents; brothers David "Whitey" Myers and Stanley Myers.
Memorial contributions may be directed to the family.
Fredregill Funeral & Cremation Care has been entrusted with the care of Smiley and his family.

"I am very sorry to hear of the passing of Dale although I didn't personally know him. May he rest in peace. My sincere condolences to Debbie and her family. I'm glad I was in contact with her. Carole Jean Larson of Prole, Iowa, daughter of Jean and Addison Snyder"