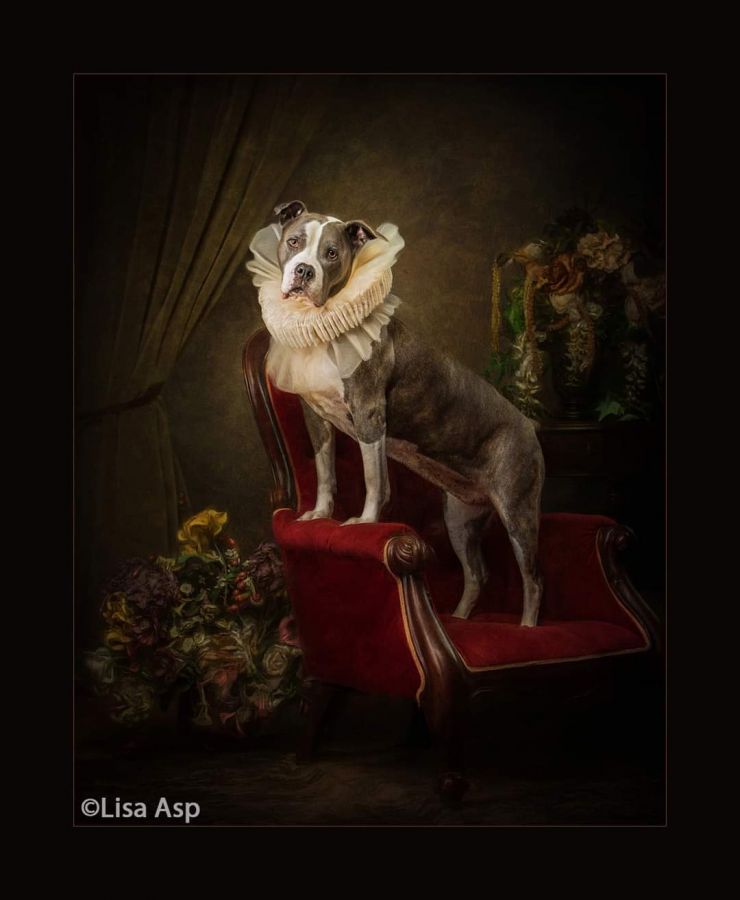 It is with a heavy heart we announce that Stella has lost her recent battle with lymphoma. Through many tears, we peacefully helped her across the rainbow bridge on Wednesday, May 19.

Stella came to live with us unexpectedly in July, 2015. We had recently lost our previous greyhound and were not ready for another dog, but here came Stella - in need of a new foster home and was just about ready to live in a boarding facility. We thought that was silly and opened our home to her. We officially "foster failed" after seven months and adopted her in February, 2016.

Stella was a stray, so we don't know her ACTUAL age. "On paper" she was 13 years old, but we don't think she was actually that old. You see, she came into rescue as a highly overweight dog who couldn't walk around the block. We think that made her seem older than she was, but as the weight came off, her true personality came though. Her first foster (Monica) helped her through that first goal, and Stella went on to win "Minnesota's Biggest Loser" (dog edition, of course). She loved her daily walks and was very vocal about letting us know when it was time to go. She also loved her car rides and was always up for an adventure.

We referred to Stella often as "Mama Stella". She was a true caregiver and always made sure everyone was okay. She was quick to snuggle and give kisses and would be licking our tears away right now if she was still here. She enjoyed visiting with all the kids in the neighborhood, especially those riding a skateboard. We always thought there was a boy who rode skateboard in her previous life because she would pull us down the street to catch up with anyone on a board. She was also infatuated with men in trucks...another mystery from her life, perhaps?

Stella became the perfect photography model and was always happy to stand in for light tests, competition images, or any other antics we had her do. As long as treats were involved, she was happy to work. She learned quickly how to pose and hold the pose. Her "Royal Canine" image made it into the top ten animal portrait images in the 2020 International Photographic Competition!

The years we had with her were very special and went entirely too quickly. We were a bit blindsided by her diagnosis and were not ready to lose her quite yet. It always seems unfair how short the lives of our beloved pets are, and even more so when they come into our lives as middle-aged adults. We are thankful for all the memories and adventures we had and will hold those close. We're also thankful to have so many photographs to remember her.