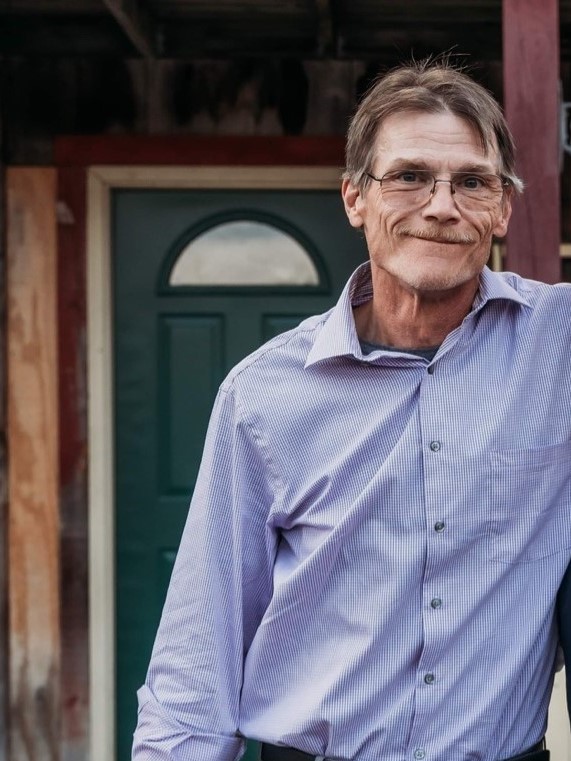 Robin Scott Wiggins, Sr, 59, passed away the morning of May 22, 2021 at Mercy Hospital in Muskegon following a long battle with cancer. He was born at Hackley Hospital in Muskegon, MI on August 4, 1961 to Dawn and Richard Wiggins, Sr. He attended Muskegon High School and at the age of 17 joined the US Navy. He worked in the manufacturing field for most of his adult life and was most recently employed by Auto-Cast. He was loved and will be missed by many, he enjoyed spending time with his children, his grandbabies and his beloved dog Pudge. He is survived by his sons: Robin (Michelle) Wiggins, Jr of North Muskegon; Mitchell Wiggins of Muskegon; Mathew Wiggins (Samantha Schaalma) of Muskegon; step-son Alvin (Jennifer) Bacon of Whitehall; step-daughters: Mindy (Steve) Tix of Brainerd, MN; Chrystal (Anmar) Alshatarat of Brainerd, MN and Misty Cunningham (Hawk Dobbins) of Nunica; sisters: Linda (Galer) Schell of Baker, LA; Sheryl (Phil) Wentworth, of Clare; Susan (Richard) Sluyter of Muskegon and Paige Bragg of Muskegon; brothers: Ron (Jane) Coffell of Thomasville, NC; Richard Wiggins, Jr of Muskegon; Randy Wiggins of Bellevue and Roman "Monty" Wiggins of Hastings; grandchildren: Kaiden Wiggins and Jaxton Wiggins; step-grandchildren: Nick, Alvin, Shaye & Chloe Bacon; Katelyn & Christopher Tix; Ayaan & Ilyas Alshatarat and Kayle Cunningham; along with many cherished friends; aunts; uncles; in-laws; nephews and nieces. He was preceded in death by his father, Richard Wiggins, Sr; mother, Dawn Wiggins; brothers: Phillip Coffell and Russell Wiggins and sister-in-law; Bonnie Wiggins.
A memorial service will be held on June 11, 2021 at 2:00 PM at the Laketon Cemetery, Horton Road, Muskegon, MI 49445.

"We new each other very well since 1983. He was a wonderful man. He was loved by me forever. We lost touch when I moved from Muskegon. Until finding each other again through my Facebook search. We met and chatted about the good day's we had. Prayers to his family. He will be sadly missed."

"Missing you so much baby brother. But I know you don't have anymore pain an worries. You have probably found your seat at the family poker table up there in heaven you'll play nice. I know your pain an worries are over now. Much love, hugs,& kisses to you all. Heart broken you are gone & missing our talks Rest-In-Peice my brother."

"thanks for being a true friend, those are hard to come by and sherri and i will miss you dearly. rest in peace my friend.....clarence "