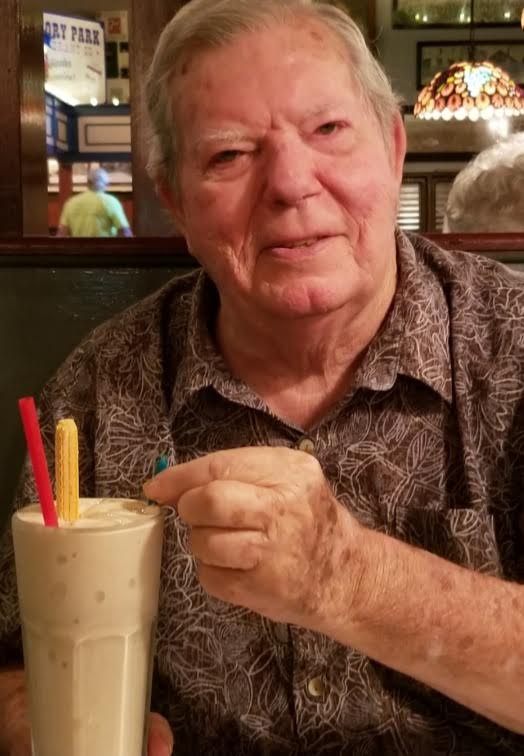 Dennis Corwin Randolph 84, of Ames Iowa passed away on May 28, 2021 at MercyOne in Des Moines, Iowa.
Celebration of Life will be held on Wednesday, June 2, 2021 at 1:00p.m. at Fredregill Funeral and Cremation Care, 310 N. Center Street, Zearing, Iowa. A visitation will be held at 11:00 a.m. prior to the service at the Funeral Home. Burial will follow at the Warren Township Cemetery in McCallsburg, Iowa.
Dennis was born in Guthrie Center, Iowa on September 26, 1936 to Ellsworth and Pauline (James) Randolph. He attended the Country School through the 8th grade then he graduated Guthrie Center High School. Dennis attended Iowa State University where he received his bachelor's degree. Dennis joined the Army and served during the Korean Conflict. Once returning home Dennis began working for IBM and traveled the world as a trouble shooter. He often worked in Germany. He worked with IBM until his retirement at the age of 50. On May 31, 1980 he married Zeda Olson, in Story City, Iowa. The couple resided in California until moving to Ames, Iowa in 2002.
Dennis had many interests and hobbies especially after his retirement. He was world traveler where he visited many different places and countries all over the world. Some of those places he visited were Russia, Europe, China, and Southern America. His other interest that he enjoyed were woodworking, fishing, camping, going to garage sales and especially eating out, with his favorite restaurant being Hickory Park in Ames, Iowa. Dennis had a wonderful sense of humor and was always telling jokes.
Dennis is survived by his step daughter, Lori (Starr) Westberg of Boone, Iowa; step sons, Greg (Sue) Olson of Roland, Iowa and Glen Olson of Radcliffe, Iowa; 8 step grandchildren; brother, Gary (Ramona) Randolph of Denver, Colorado; sisters, Corline Randolph of Denver, Colorado, and Linda (Larry) Blanchard of Washington; brother-in-laws, Galen (Barb) Emmons of Kamrar, Iowa and Harold (Edwina) Amundson of Zearing, Iowa; sister-in-law Judy Barkema of Jewell, Iowa; special friend Patti Burger; many special nieces and nephews.
He was preceded in death by his parents; wife Zeda, sister-in-law Reda Amundson; and brother-in-law, Wally Barkema.
Memorial contributions may be made out to the Diabetes Foundation.
Arrangements entrusted to Fredregill Funeral and Cremation Care.