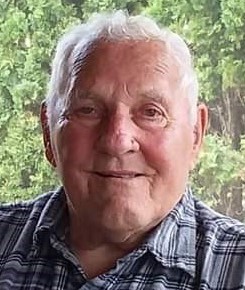 He was a member of Arbutus Lutheran Church, Langlade County Tavern League and Wisconsin Restaurant Association. He was also a member of the Antigo Lions Club and the Benevolent & Protective Order of Elks Lodge 662, Antigo.

He enjoyed golfing, spending time with his grandchildren and entertaining with his puppet "Bananas".

In addition to his wife, he was preceded in death by a granddaughter, Renee Hurlbert; and two brothers, Elroy and Leo.

"My heartfelt sympathies to the entire family. Mac was such a great guy with a smile for everyone.May your memories bring you smiles and laughter to get you through this difficult time. Praying God gives you peace and strength."

"Rick and Families, Please accept my condolences and know you are in my thoughts and prayers with the loss of Grandpa Mac. I have very fond memories in 1985 when my dad came to Antigo to attend my wedding when I was marrying your Grandpa Dick. Grandpa Mac and Bananas put on a show that had my dad laughing so hard tears were rolling down his checks. Beautiful memories and I feel honored to have known Pat and Mac. Love Penny "