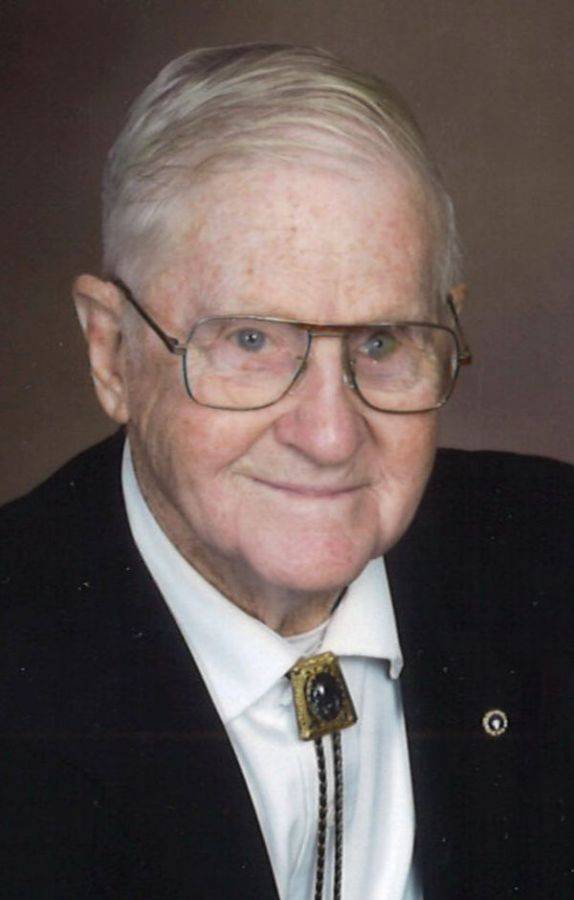 Visitation will be held from 4:00 to 7:00 p.m. on Wednesday, June 9, 2021, at the Ralph J. Wittich-Riley-Freers Funeral Home. Memorials may be made to the Gideons or New Hope United Methodist Church. Online condolences may be made at www. wittichfuneralhome.com.

Herbert was born on September 14, 1925, in Clarence, the son of Loren and Jane Meyer Britcher. He married Maxine Johnson on October 16, 1945, in Muscatine.

He retired from GPC and owned and operated Britcher Insulation. Herbert was a member of New Hope United Methodist Church, Gideons, American Legion Post #27, and the VFW Post #1565.

Herbert was a veteran of the United States Army, serving in World War II. He enjoyed chopping wood, fishing, and spending time with his family. He loved traveling, anywhere the car went!

"I was so sorry to hear of my cousin Herb?s passing. My condolences to his family. Sandra (Meyer) Gucciardi."

"Herb and his wife max was two of the nicest warmest caring people you could ever meet....earth lost 2 great people...heaven gained 2 angels"